38 persons arrested for alleged assault on police officers at Ada 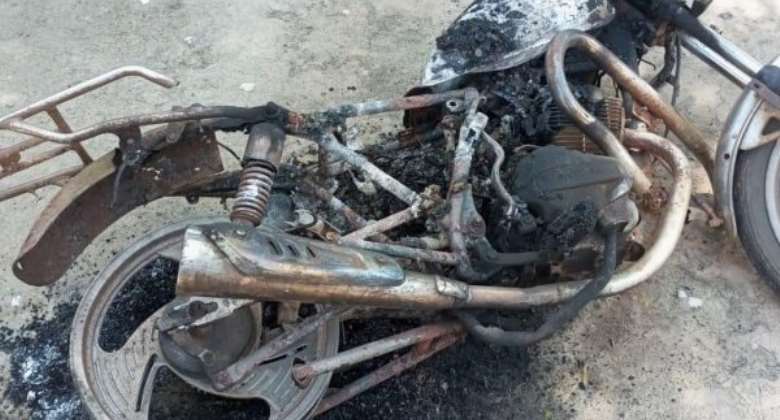 The Tema Regional Police Command has arrested 36 persons for allegedly assaulting police officers at Luhour, a suburb of Sege in the Ada West District.

Two others have also been detained at the Tema Regional Police Command for possessing arms belonging to the assaulted officers.

The information available to the Ghana News Agency at Ada indicates that some men believed to be surveyors were spotted at the Community School on Thursday, October 21, 2021, in a vehicle.

According to the information, some of the residents approached the 'surveyors' to find out why they were there and noticed that there were police officers in the vehicle with the alleged surveyors.

The source said the residents overpowered the police officers and seized their guns and cartridges.

The source told the GNA that the police officers called for reinforcement but the residents were angered by the call and burnt car tyres at the entrance of the community to prevent the reinforced police team from access to the community.

According to the source, Mr Isaac Gbenartey, Assembly Member for the electoral area, pleaded with the police to allow him to retrieve the weapons from the residents.

The source said the police heeded the Assembly Member's request and retreated but unfortunately, those in possession of the ammunition failed to hand it over to the Assemblyman.

According to the source, the Police return after 24 hours to search for the weapons which resulted in the arrest of some of the residents.

Mr Gbenartey confirmed the incident to the GNA.

“The police are mandated to protect lives and properties and so when our men brought their report, they did not tell us that they vandalized properties of the residents, the police cannot do that," Supt. Otuo Acheampong stated.

He said all the 38 peoples were currently in the custody of the Tema Regional Police command.