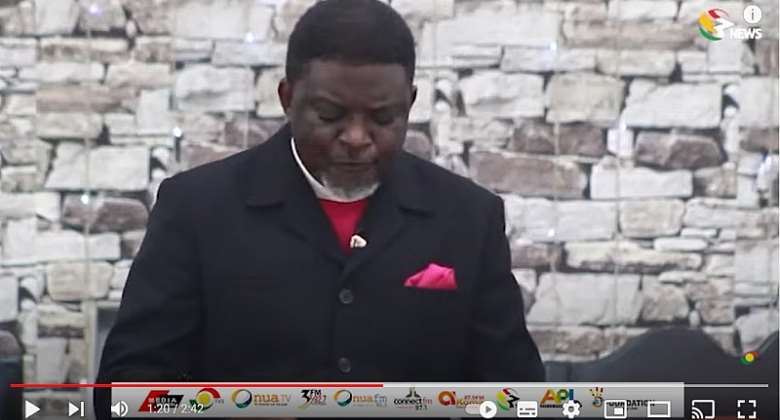 The General Overseer of the Perez Chapel International, Rev Dr Charles Agyin-Asare has asked the government to increase the salaries of workers by the same margin as theirs.

He stated that every Ghanaian visit the same market as the politicians to purchase goods.

Therefore the salaries of politicians cannot be increased while those of the other workers are not touched.

Speaking on the issues that give rise to military takeovers in the sub-region, at the annual security services day of national prayer at the Burma Camp, on Thursday, October 21, Rev Agyin-Asare said “In our sub-region, we are seeing coup detats like in Mali, Chad and Guinea. These show soldiers who are not under authority but have made themselves authority. Bad as it may seem, I will put much of the blame on the political class of those nations.

“They change the constitution to seek their self-ambitions and increase their salaries without increasing those of the ordinary citizens. Many entered into politics without much but in four years they own houses and fleet of cars whiles the populace lack basic amenities.

“In our dear Ghana, we don't want a coup d'etat. Is it that we don't have problems as we see in the sub-regions.

Immediately withdraw your directive to Goil; it's dangerous ...
11 minutes ago