Sad parade of the fathers, widows and orphans of the Bataclan dead 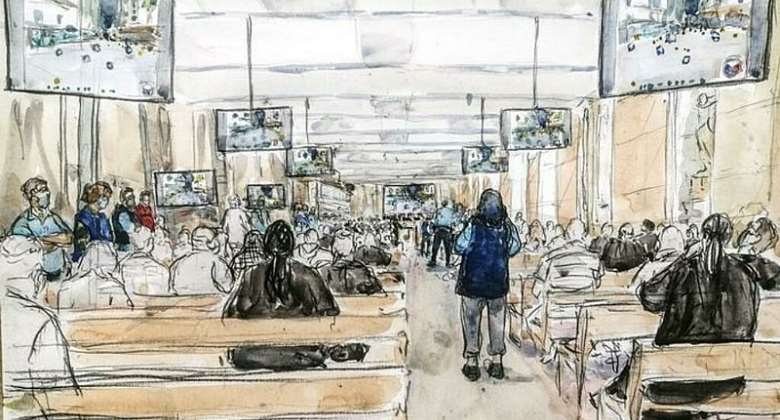 "When my father died at the Bataclan, I was seven years old. I didn't know what death meant." With testimony from the families of victims continuing at the November 2015 terror trial, the profound sadness in the wake of the Paris attacks reveals new abysses every day.

We heard from the fathers of a couple, recently married on 13 November 2015. The two men stood side-by-side in the special criminal court, dignified, supportive, one recounting six years spent imagining his son's last moments, the other lamenting the fact that his beloved youngest daughter never got to celebrate her 30th birthday.

And that was just the beginning of a day on which the immense sadness suffered by those who lost loved ones in the Paris attacks threatened to submerge us all.

There was the widow, four months pregnant when her husband died at the Bataclan, whose daughter will never know her father. The same woman has a nine-year-old who has borne the inexplicable absence of his papa with "breath-taking courage".

She hesitated to be part of this trial. She came on the first day, and sat at the back, watching.

"Then, for the first time," she continued, "I began to realise that the 13 November was a collective tragedy. I've attended nearly every court session.

"It's very difficult, but I frequently leave with a strange energy, from seeing people hug one another, hands touching, mutual support."

And she has begun to tell her children the other stories of that terrible night, and of this remarkable trial.

For example, the day the families of the victims handed food to the accused in their security box, because the session went on very late and the prisoners had not been fed.

The policeman who lay across the body of the attacker whose suicide vest had not exploded, to protect escaping hostages.

The brother who protected his sister.
The man who stayed with a complete stranger because she was too scared to make a run for it.

The sadness is, indeed, terribly profound. But humanity and heroism are in evidence too.