Ghana gets $4.5 million from Japan to promote digital health services 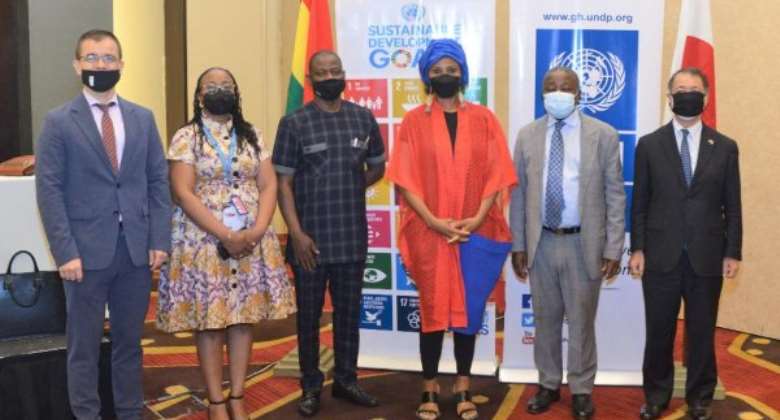 The Japanese government in collaboration with the United Nations Development Programme (UNDP) has supported Ghana with $ 4.5 million to strengthen the use of digital technology for health, nutrition, and medical services.

The support was cemented with a signing of a Memorandum of Understanding between the government of Japan and the UNDP in Accra.

The agreement is under the" Project for Digital Solutions for Health, Nutrition and Medical Services”.

Mr Kwaku Agyeman-Manu, Minister of Health, said the “project builds on the Memorandum of Cooperation signed in 2019 between the Ministry of Health and Government of Japan, as part of Japan's Africa Health and Wellbeing Initiative.”

The initiative was aimed at strengthening collaboration and enhancing health promotion, supporting prevention, control, and treatment of Communicable and Non-Communicable Disease and strengthening private public partnership on health.

The Minister said the project was timely and relevant, because the use of digital solutions to improve health outcomes had gained increasing significance especially during the COVID-19 pandemic, and surest ways of strengthening health systems and expanding access to health services.

The project, he said, would support the nationwide rollout of the e-Tracker and improve overall health service delivery by strengthening collection, analysis, utilization and management of health and human resource for health data for better programming and decision-making.

He said Non-Communicable Diseases (NCDs) were increasingly becoming a huge menace in Ghana and was confident that the project would also support the country's efforts to address the rising menace of non- communicable diseases and support behaviour change within communities.

He commended the Government of Japan for its support for the project and continued support for health system strengthening and Universal Health Coverage in the country.

The Minister thanked UNDP for their continuous support, partnership, and efforts in mobilizing resources and stakeholders for the initiative, hoping the project would lead to improved health outcomes in the country.

Ms Eziakonwa said an integrated approach was needed to strengthen the use of digital tools whilst harnessing their potential to improve health outcomes especially for NCDs in communities.

Among the objectives of the project include the strengthening of health promotion, early detection, and diagnosis of NCDs, malaria, malnutrition, and anaemia within beneficiary communities.

The Ambassador to Japan expressed happiness about the project which would focus more on the preventive measures of NCDs to save money for the individual and the nation as a whole.

He said Japan had been supporting Africa's development to improve health outcomes, because the strength of a nation was dependent on the health of its workforce.

The Ambassador said the support was also as a result of the strong friendship between Ghana and Japan and hoped that the project would yield positive outcomes.