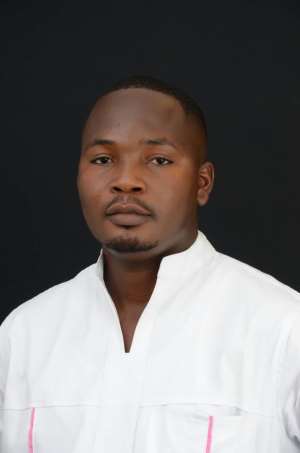 In this highly unhappy Republic plagued by rising fuel, food, and other costs, the increasing intrusion of the state in the lives of ordinary Ghanaians, power outages, gridlocked, bungled legal education, an increasingly insecure society on almost all fronts, not to mention ballooning national debt with almost nothing to show for in terms of tangible benefits for regular, taxpaying citizens, one would expect that these issues would keep those in charge up at night.

Alas, one believes that to his or her folly. Seriously. The preoccupation of the government is increasing the numbers of people employed with the government for obvious statistical propagandistic benefits! And when that fails, the shameless, clueless ruling elite has no compunction telling people to venture into entrepreneurship as an alternative. If you do not believe me, kindly google the statements of the Finance Minister, Ken Ofori-Atta (the title ‘Honourable’ is not even apposite for cosmetic purposes at this point), over the last few days to graduating students. In other countries, this would be resignation-worthy offence at the very least, but in a nation with leaders obsessed with upholding professionally mediocre standards, this passes for competent public service activity. Words fail to describe the abysmal nature of these comments, especially when we consider the context of the present economy, managed for the last five years by the current bunch. Seriously though, this group of largely sexa/septua/octogenarian politicians do a fantastic job portraying people of that age group as manipulative, ghoulish, incompetent autocrats.

Now that we’ve gotten out of the way, let us just take a moment to appreciate the profound nature of these comments and what they say about what the current rulers think about you, the average reader and citizen. This is important, for Ghana is supposed to be a Republic, and not some petty chiefdom, where the whims of those at the top control the rest of the population like a puppeteer does a marionette.

The sexagenarian says that the government’s payroll is so full that it cannot employ people anymore; reason for which entrepreneurship is what people should consider as a legitimate avenue of employment. Again, let me get a few things off my chest here: I honestly think that entrepreneurship is THE SINGLE BIGGEST MOST IMPORTANT ASPECT of our economic life as a nation. Without entrepreneurship, we would have stone-age-level quality of life. There are so many examples of places in the world where, for whatever reason, risk-taking and free enterprise is not encouraged. Those places are poor, horrible, and desolate places where people die from primitive diseases like malaria and cholera. To a certain extent, we have that problem in Ghana, but it is more the exception and not the rule. To be honest, it should not even exist, and if we had leaders who wore their thinking caps and got to work, this would be a major theatre of conflict. National efforts would be mobilized seriously to get rid of this national humiliation. To all entrepreneurs out there, I really want to say that you are the reason why this country will achieve greatness. You are the best, and God bless you. When we say God bless our Homeland Ghana, you are the blessing we are asking for. Thanks. Back to discussing mediocrity.

First and foremost, why is the government payroll full? What are all those people doing on the payroll? Are we seeing any results? We all know the answers to these questions. First, the payroll is full because the Government made it full, and the process of making it full came with several baskets full of scandals. The vast majority of the people on that payroll do little, and that is to put it charitably. Second, we see no results. We had over 125 ministers recently, and almost a million special advisors and a coterie of underlings working for these people, and that is the reason why we are where we are, which is a great place if you consider making people in this country terrified, hungry, scared and poor a fantastic outcome, by pillaging national financial and other resources. The purchasing power of the currency has been eroded; and you can just take a look at what the dollar-cedi rate is today to confirm that fact. This metric, by the way, is one proposed by the current Vice President. We are only too happy to use it here, because we try to believe in his competence and academic acumen, despite the fact that the facts seriously deviate from that conclusion in several directions. To say that this government fails the test with the application of this metric is to say absolutely nothing at all. Fuel prices are rising at speeds faster than the acceleration ability of some professional footballers in Europe. The taxes of all sorts, from mobile money withdrawals to bank account withdrawals, are also there to consider. The truth of the present economy is that people are, to borrow from Scripture, struck down, but not destroyed. Yet. Let us not even begin to pretend that we have seen the end of the consequences of the “financial sector clean-up”. In this mouldy, decrepit economic environment, why would anyone want to assume that people would like to take risks with their money and try to create value? Why would anyone want to be the one to have to deal with pleasing the state in its manifold ways (most of which make very little sense)? Any human being with the most elementary understanding of governance understands that what is taxed and restricted is not incentivized. People do not do what is disincentivized; hence these questions: which person will participate in the entrepreneur’s arena when he is sure to be struck down and surely destroyed by policies you and your ilk have put in place, Mr. Minister? How is that so hard to understand that in real life, no one plays Squid Game with their money? I guess avoiding reality involves a heavy dose of dishonesty, and that may be what is at play here. I do not know for sure. However, there is a point at which it stops being incompetence and becomes naked, sheer malice and evil. Have we gotten to that point? We should all remember though, that this is God’s green earth, and injustice and cruelty of this kind, is never indemnified. Never.

I hope the people of Ghana see this comment for what it is: an admission of the fact that the people in power do not consider them right-thinking citizens, capable of making and evaluating their own decisions. These people we call leaders spend our money, do nothing but enrich themselves on the back of the work of regular people, and expect regular people to depend on them for sustenance. I hope we are all watching, taking notes and waiting for the opportunity to right the wrongs that have been done this country. Mr. Minister, your statements are an admission that the cup of you and your buddies in government is full. The people of Ghana have resisted incompetence and tyranny before. I am confident that they will do it again this time round.

Richard holds a BSc in Port & Shipping Administration from Maritime University and a MSc in Oil & Gas Management from Coventry University.