May be Bernard is Right: Can Ghana become a more serious country? 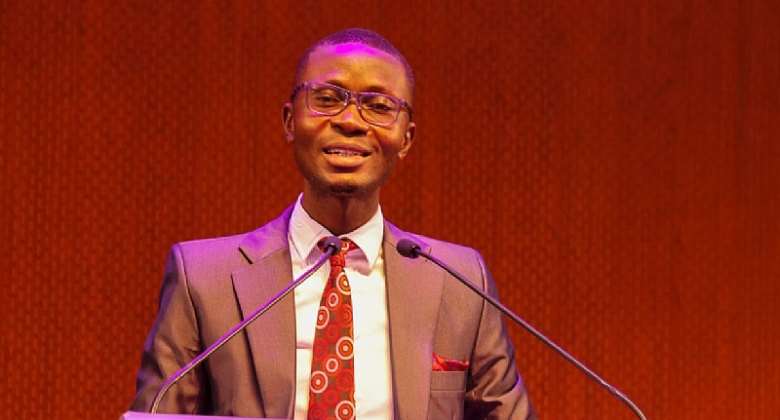 Earlier this week I heard Bernard Avle of Citi Fm make what I thought were some very important remarks about our dear country, Ghana. I think he was triggered by concerns about traffic lights which were not functioning properly. Apparently he had “ranted” on air the previous day and the authorities had moved swiftly to correct the wrongs he lambasted over. He related why we are not taken serious in the committee of nations, and there is not much significance in our voice on the global stage. Our young people are frustrated and fleeing their motherland. Ghanaian doctors are cleaning pantry and driving taxis in foreign lands because that pays for a better living than the prestige of medical practice at home. In the past Bernard has also spoken earnestly about why we have a transport system that includes “Trotros” and how that our churches contain more fanatics of religious brands than actual Christians. Bernard Avle was adjudged the best Journalist in Ghana in 2017. And he is one of our finest youth. Hoping he doesn’t get caught away by partisan politics like did Kojo Oppong Nkrumah; for partisan politics is more of a problem to us that a solution.

Operating from within Civil society seems to be a better strategy than partisan politics. Although we cannot say that some of our CSO kingpins have not benefited from a bigger piece of the national cake because they aligned with the government of the day. But perhaps that’s also a CSO strategy for survival. Many of our church leaders seem to have aligned with political power and hence are not as vociferous as Bernard Avle. Perhaps if they were, we would be a more serious people. So why aren’t our churches loud with their constructive criticisms? Is it because many church leaders have lost their moral right to correct political leaders?

The moral filth in our churches today have been largely excused by an appeal to the frailty of being human. So how can they lambast a President who denies his pre-election promises and quickly apologises when searching citizens find him out. Or how can they not suffer one who had the opportunity to improve our lot and performed below par and yet seeks a comeback by saying “talk is cheap”. So two mediocre cohorts of politicians hide behind ideal ideologies (even they try to say they have better ideologies than the other) and render abysmal performances to a people whose tolerance has led them into poverty in the midst of plenty. Are we serious?

Every people deserve their leaders; because context begets content.

Civil society is the soil from which our seeds have grown. And if our seeds are bearing beautiful flowers but mediocre fruits, then the farmers must improve their competence. I consider leaders in Civil Society as the real disappointment of this country, not just our partisan politicians. We in Civil Society are the lazy Farmers who are not conditioning the soil correctly.

Our Churches must sit up.

I believe the God of the Bible gives grace that does not just cure our sins but also prevents us from sinning. First John Chapter two verse one says “My little children, these things write I unto you, that ye sin not. And if any man sin, we have an advocate with the Father, Jesus Christ the righteous: Also, is it not written in Romans 6:1,2; “What shall we say then? Shall we continue in sin, that grace may abound? God forbid. How shall we, that are dead to sin, live any longer therein?”. My understanding is that our churches need to emphasis the ability of God’s grace to keep us from stealing, corruption, lying in public office, sexual immorality including support for LGBTQ+, hypocrisy, laziness in the civil service and bribery by private business people in the church and everywhere else. They should stop covering up their own and others sins and be persistent in the pursuit of godliness with contentment. It looks like our churches have led many of us into greedy materialism that is presented as Christian prosperity. As one of them said, “this nonsense must stop”.

Our Media Professionals must show us their true worth by setting a development agenda rather than merely feeding as with political propaganda.

A development agenda means persistently putting the fires of accountability on the tails of those given the rights over management of our national resources. If media’s role is to inform, educate and entertain, then journalist must be innovative to catalyse citizens with information that would stimulate action for accountability. For example, if one of the best ways to drastically reduce corruption is to pursue evidence-based court action against alleged corrupt politicians, then our journalists should do and broadcast more investigative work and call upon citizens to act on the credible outcomes of such investigations. But yes, true journalists have a real difficulty: their media houses are owned by politicians and businessmen who cannot be said to be clean. Media ownership has become colonised by political and business elites who have no interest in fighting corruption. So what do we do? We should cause the State to properly fund public broadcasting so that places like GBC can do real developmental journalism. And maybe we should train social media to halt fake new and pursue clean truth.

This means we have to take the conversation of a review of our current Constitution more seriously. If for nothing at all, we should move towards ensuring that most of our national resources goes into public goods and services, including the national service of fighting corruption, mediocrity in the civil service and debauchery among our children and young people. The matter of reviewing the 1992 Constitution is a tide we must not allow to subside without fruition.

Other arms of civil society such as worker’s organisations (e.g. trade unions), students (eg. NUGS), Farmers, Drivers, Market Women and Mothers should all rise and take up the solemn responsibility of citizenship. May be we can actually become the serious people we would like to be. Ghana must.