Cardiovascular Disease: The number one cause of global deaths — Ben Anabila 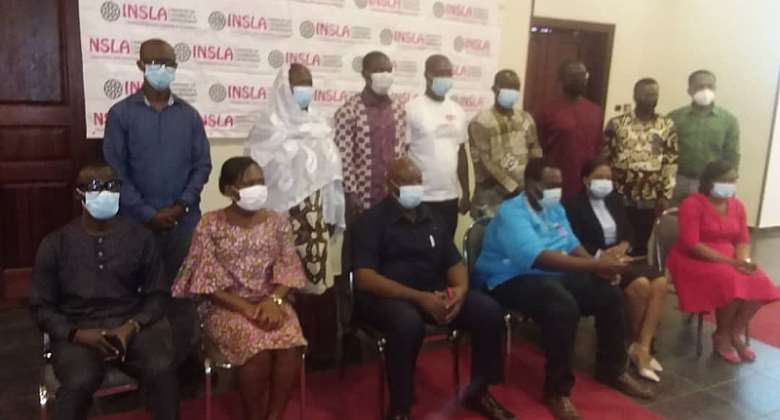 The Institute of Leadership and Development (INSLA), an Accra based Civil Society Organisation is spearheading the call for Ghana to formulate and enforce policies and guidelines to fight Trans Fatty Acid (TFA) foods.

The Institute, known for its health promotion, gender development and empowerment programs has been engaging policy makers and other organisations in its quest to ensure TFA laws are passed in Ghana.

During a high level engagement in Accra on Thursday to officially launched the campaign, INSLA's Director, hon. Benjamin Anabila bemoaned that TFA has been identified as a leading cause of Cardiovascular Heart diseases (CVD) and stroke the world over.

According to him, Cardiovascular Diseases, stroke, peripheral arterial and aortic diseases have now assumed significant proportions in the global public health arena.

Mr. Benjamin Anabila to that end described CVD as the number one cause of death globally.

The Director further disclosed that the World Health Organisation (WHO), in 2012 estimated that 17.5 million people died from CVD, which represents 31% of all deaths globally.

"Of all these deaths, an estimated 7.4 million were due to CVD whilst 6.7 million were attributed to stroke," he says.

Mr. Anabila was worried that about 80% of CVD related disabilities are known to occur in low and middle income countries of which Ghana is part.

He noted that the official launching of the program was to among other things create awareness on the negative impacts of TFAs as well as to advocate for its elimination with the replacement of healthier oils and fats through the implementation of Ghana's Public Health Act.

Another objective of the launching is for Ghana to implement the World Health Organisation's REPLACE Trans Fat Technical package in collaboration with all relevant stakeholders.

Mr. Benjamin Anabila who was hopeful the objectives of the campaign shall be achieved called on all stakeholders to support the campaign wholeheartedly.

Launching the program, Mr. Mark Kojo Atuahene of the Ministry of Health commended INSLA for the initiative and added that issues of TFA are of great concern to the Health Ministry.

He revealed that the program to eliminate TFA in the country is in line with his Ministry's program with the hope to support the campaign to succeed.

Mr. Atuahene who heads the Health Ministry's Public Health and Health Promotion Unit in an acting role called on all Non-Governmental Organisations, private entities, the media amongst others to support the campaign.

He was worried about how many people in Ghana purchased food items especially canned ones without reading the labels.

"It is important that we read labels of everything we want to buy in the market before we buy them," he emphasised.

Mr. Atuahene was of the view that many people who die nowadays are very young and energetic. These kinds of deaths lead to loss of productivity, experience, talents and revenue to the country.

On her part, Dr. Phyllis Addo of the University of Allied Health Sciences, Hohoe Campus referred to the steps taken by INSLA as laudable which needs the support of all especially policy makers.

Ghana, according to Dr. Phyllis Addo needs to take more action in its quest to eliminate the canker and let the people aware of the negative impacts of TFAs in the foods we consume on daily basis.

TFAs are very dangerous to our health because they increase people's bad cholesterol and reduce the good ones.

The University Lecturer was optimistic the campaign will lead to the initiation of policies and guidelines to fight TFA in Ghana by policy makers.

"We need to sensitise the people on the negative impacts of TFA through the provisions of both mandatory and voluntary guidelines to help inform consumers on the kinds of foods they consume from the markets," she stressed.

Dr. Phyllis Addo however advised that Trans Faty Acid foods must be eaten in moderation.

The launching which was held under the theme" Making Ghana TFA Free to Improve Heart Health" brought together participants from the academia, regulatory bodies, health experts, NGOs in health and the media.

Trans-Fatty Acids are fats that are manufactured during the hydrogenation process. They are a form of fats associated with a number of negative health effects.