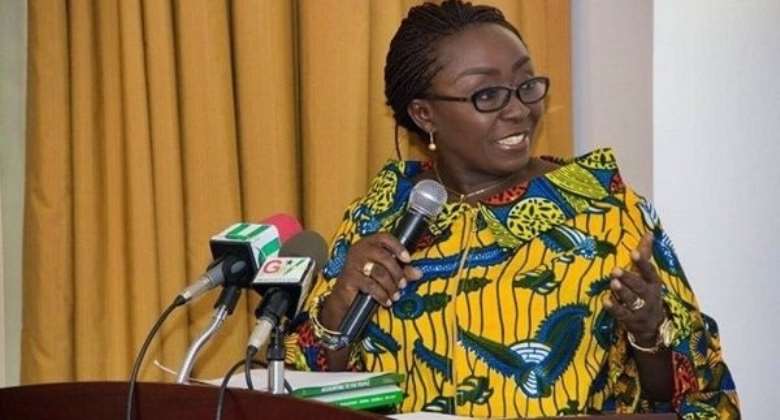 NDC Member of Parliament for Ketu South Constituency in the Volta Region has expressed her disgust at the President’s response to the Paramount of Aflao traditional area.

According to Ms. Dzifa Gomashie, the President’s response to the chief’s request for the abandoned E-block in the Aflao municipality to be completed was distasteful.

The MP called on all well-meaning persons from the region to with one accord condemn the president for his gross disrespect towards the paramount chief of the area.

President Akufo-Addo has come under fire for his comments relative to the completion of abandoned school blocks across the country started under former President John Dramani Mahama and his NDC administration.

Ms. Gomashie speaking on the 'Ghana Yensom' morning show hosted by Kwame Appiah Kubi on Accra 100.5 FM cautioned supporters of the governing New Patriotic Party(NPP) in the Volta Region not to gloat over the president’s response to Torgbui Adzongaga Amenya Fiti V.

She explained that the chief was right in demanding development for his people since the E-block school facility embarked on by the NDC’s administration had been abandoned by the governing NPP since the assumption of office.

She further added that the president’s response to the chief to complete the project himself if he was frustrated was irresponsible and ought not to have come from the president who is the father of the nation.

“In spite of our political difference, I still respect the president as the leader of the nation…if the president cares to know Torgbui Adzongaga Amenya Fiti V was installed as chief during former president Jerry John Rawlings' era and has since been around.

The chief will still be around for the president to exit office come January 7, 2024, if he cares to know,” she said.

She added that this is not the way for the president to treat his colleague statesman.

“Can the president have the balls to respond to other chiefs from his area in this manner”? She asked.