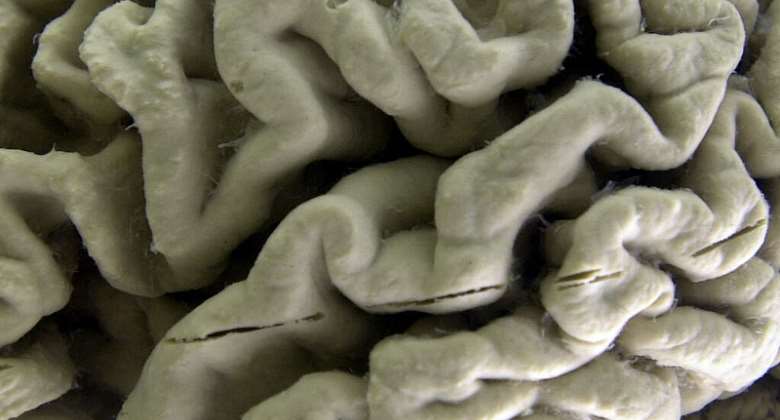 A European study has identified a direct effect of Covid-19 on blood vessels in the human brain in research that raised more questions about the long-term consequences of the disease.

A scientific study by French, Spanish and German researchers published Thursday in the scientific journal Nature Neuroscience reveals that, in addition to attacking the lungs, the virus can also can kill certain brain cells.

They're known as endothelial cells and are located around the brain, protecting the cerebellum and facilitating blood flow.

Scientists discovered that the virus had destroyed endothelial cells by observing patients who died of Covid.

"Blood enters regions of the brain that should not normally see molecules leaving the bloodstream," said report co author Vincent Prévot, from the Inserm research centre in Lille.

"In a second stage, when the endothelial cells are completely dead, this creates a sort of 'ghost vessel' through which the blood no longer flows."

Small regions of the brain are deprived of oxygen and glucose and consequently suffer.

In short, there is a risk of microhemorrhages – not as serious as a stroke – that indicate a risk of reduced blood flow, which can have serious consequences and lead to rapid death.

The findings are worrying and inevitably lead to the question of whether people who have contracted Covid will inevitably fall victim to brain problems.

In the first instance, it should be pointed out that the deaths observed were rare and, above all, that the damage to the brain was potentially reversible.

"We have seen that in hamsters, who develop very minor forms of Covid-19, the phenomenon is apparently reversible, so we can hope that it could also be reversible in humans," Prévot said.

Secondly, it's difficult to know whether brain cells are specifically damaged when a person contracts Covid.

The study shows this could be the case for patients who developed a severe form of the disease. For people who have had a more minor form of the illness, however, nothing is certain.

"To find out, we would have to take blood samples every 10 minutes for a week in order to measure the presence of the virus or not in the blood," Prévot said.

"Unfortunately, this is not feasible."
In the long term, there is also the question of whether lesions on the brain might remain and affect the state of ageing of a damaged brain.

Taking the example of the Spanish flu, which happened just over a century ago, people who didn't die from it had a greater probability of developing neurodegenerative diseases such as Parkinson's later in life.

Many questions remain unanswered and it will take time and further research to get them.