By Alison Hird with RFI
Europe 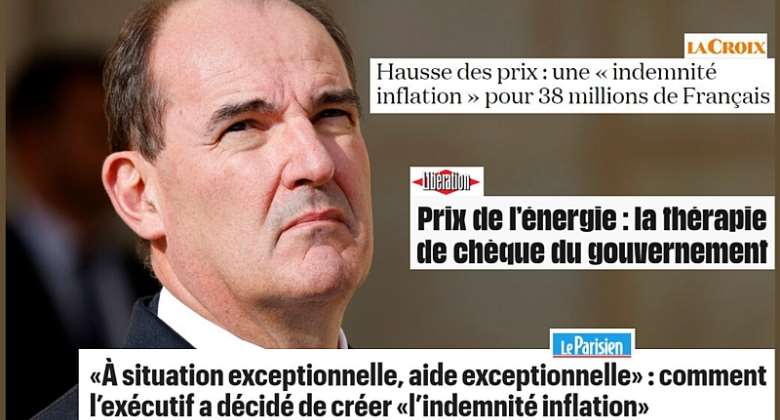 French Prime Minister Jean Castex has announced a 100-euro “inflation premium” for all households living on less than  €2,000 per month to help soften the impact of rising energy prices and keep anger at bay six months ahead of presidential elections.

A total of 38 million French people will benefit from the 100-euro payout, whether or not they have a car.

It will appear on private sector workers' payslips in December, while civil servants, pensioners, the unemployed and self-employed will receive it in early 2022.

As energy prices have jumped worldwide, the price of diesel in France has increased by 29 percent this year and reached a record high of 1.5583 per litre on Sunday. Lead-free petrol has increased by 25 percent over the last 12 months, the highest in a decade.

"We believe that this increase in prices is temporary," Jean Castex said in an interview on TF1 television on Thursday evening, "but we cannot let it hobble the recovery."

Castex also announced the block on household gas prices will be extended until the end of 2022.

With elections just six months away, President Emmanuel Macron is seeking to limit damage to his economic record from the hike in energy prices.

The government is also keen to avoid a repeat of the weekly Yellow Vest protests which were sparked in late 2018 by an increase in prices at the pump before broadening into an 18-month protest against the government.

Eight out of ten French adults have a car, according to official statistics.

As petrol prices steadily climbed in recent weeks, the government faced growing pressure to cut taxes paid at the pump, which can amount to up to 60 percent of what drivers pay.

Hard-right Marine Le Pen and Socialist Anne Hidalgo, both candidates in the upcoming presidential elections, had called for a reduction in taxes paid at the pump, which can amount to up to 60 percent of what drivers pay.

But Finance Minister Bruno Le Maire argued that step would be costly to the public and would also amount to a subsidy for fossil fuels.

Alain Bazot, head of the UFC Que Choisir consumers association, said the government had got it wrong.

The payment "is not immediate, not fair and not targetted," he told France Info. “In wanting to do something simple, we're taking a measure that fails to take into account what people really spend."

Some people who hardly ever use their car will get 100 euros, he explained, while others using a lot won't get much help. The best solution "remains an end to VAT on petrol”, he said.