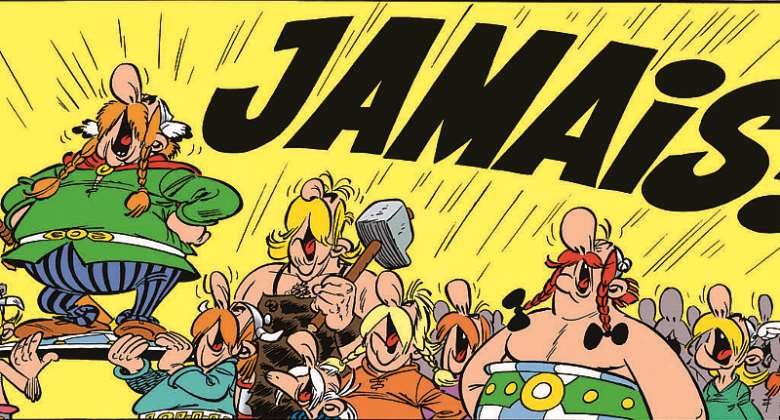 Astérix, the famous French comic strip hero, is the new star of the 68th album of the press freedom organisation Reporters Without Borders (RSF), which is due to be published on Thursday.

"With the support of the Éditions Albert René and the commitment of Anne Goscinny, Ada Uderzo and Sylvie Uderzo, Reporters Without Borders has chosen the most emblematic series of Franco-Belgian comics to convey its values," the NGO said in a statement.

The famous little warrior Asterix and his companions, created by the duo Albert Uderzo and René Goscinny, "have been urging us for more than sixty years to say no to all forms of oppression, without ever giving up our joie de vivre", "a vision that RSF shares", the organisation said.

The RSF portfolio, which sells for 9.90 euros in newsstands and bookshops, will be published on Thursday 21st of October, along with the new album Asterix and the Griffin.

In addition to vignettes on the emblematic Gauls, it includes previously unpublished texts by historian Bruno Fuligni, the director of the Albert René publishing house, Céleste Surugue, and Asterix specialist Nicolas Rouvière.

The proceeds from sales of the portfolio, which represent 30% of RSF's budget, will be donated in full to the NGO.

Founded in 1985, Paris-based Reporters Without Borders defends the freedom, independence and pluralism of journalism around the world. With consultative status at the United Nations and Unesco, the organisation has 12 offices around the world and correspondents in 130 countries.

It provides concrete assistance to journalists in the field, such as mobilisation campaigns, legal and material aid, physical safety devices and tools (bulletproof vests, helmets, practical guides and insurance) and digital protection.

The organisation, headed by Christophe Deloire, is renowned for the annual publication of its World Press Freedom Index.