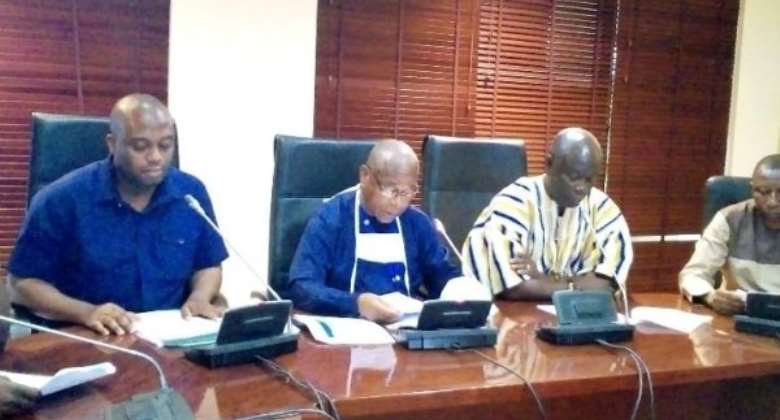 The Caucus said the monies had not been paid since 2019 and threatened to sue the government as well as refuse to support the approval of any budget before the House.

Referring to Article 252 of the 1992 Constitution, the Minority maintained that “subject to the provisions of this constitution, Parliament shall make provision for the allocation of not less than five per cent of the total revenue of Ghana to the District Assemblies for development, and the amount shall be paid into the District Assemblies Common Fund (DACF) in quarterly instalments.

“The monies accruing to the DACF shall be distributed among all the District Assemblies on the basis of a formula approved by Parliament.”

“Indeed, the DACF is simply not working today, having been rendered impotent. The monies due to the fund have not been given to the fund to enable it to carry out its mandate as abundantly outlined by the constitution and the relevant act,” Mr Benjamin Kpodo, Deputy Ranking on Local Government, Decentralization and Rural Development told journalists.

Mr Kpodo said the Government had persistently done everything possible to deprive the DACF of the needed funds to discharge its constitutionally mandated duties.

Among other things, he said, amounts due to the DACF were under-provided for and still owed to the fund for 2017 and 2018.

The debts were partly settled with an amount of GH₵144 million in 2020 with monies borrowed during the COVID-19 intervention period.

Mr Kpodo explained that the amounts due to the Common Fund were based on the total revenue generated within the relevant period of a quarter of the year.

He, however, noted that the Ministry of Finance over the years refused to make known to the DACF and the public how much was generated for each relevant period.

According to the Deputy Ranking Member, a chartered accountant, and also MP for Ho Central, the Ministry was concealing data from stakeholders, making it difficult to determine the base figure on which the five per cent was computed.

He indicated that the Ministry failed to release funds to the DACF for several quarters from 2020 to 2021, in clear violation of Article 252 of the 1992 Constitution.