LGBTQI+ debate: Be tolerant of each others views — Akufo-Addo 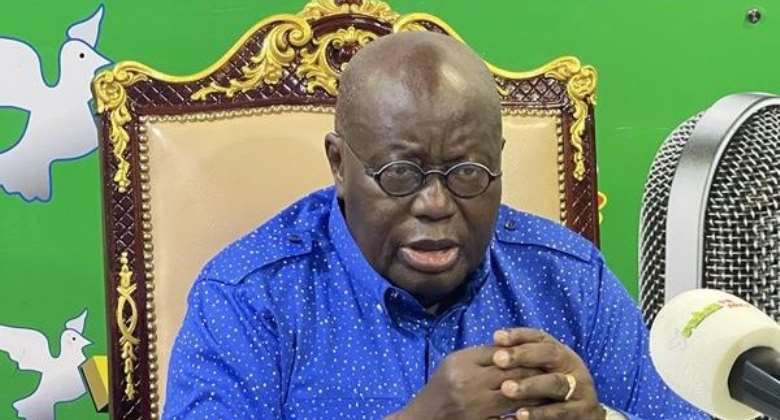 President Nana Addo Dankwa Akufo-Addo has urged all persons to debate the anti-LGBTQ bill before Parliament in a civil and tolerant manner.

He said there was the need for respect for the opinions of all and sundry in the debate on the Proper Human Rights and Ghanaian Family Values Bill, a private member's bill sponsored by some law makers, that seeks to criminalize the practice and promotion of same sex relations in Ghana.

Speaking on an Accra radio station at the start of his three-day tour of the Greater Accra region on Thursday, the President appealed to Members of Parliament to have civil discussions on the Bill.

He said though the Bill sought to check the activities of the LGBTQ community, there was need for the public to respect each other's opinion on the matter.

President Akufo-Addo was happy that opportunity had been created for a private member sponsored bill to be considered by Parliament.

"What I hope for is that the debate itself would be civil and that we would recognise the need for us to be tolerant, of each others views even when they are opposing views," he said.

"I am hoping that the process would continue in an acceptable manner and at the end of the day we would know the position of our legislature," he said.

The Proper Human Rights and Ghanaian Family Values Bill, which has received tremendous endorsement by religious organizations, traditionalists and individuals, has been considered as one of the most draconian anti-gay law worldwide.

The bill which is yet to reach the second reading stage in Parliament, proposes jail terms ranging from two years to ten year jail term for gay activities.

The Bill has read for the first time and reffered to the Select Committee on Constitutional and Legal Affairs of Parliament.

The Committee, which is currently considering the bill, has received over 130 memoranda in support and against the bill.

Warnock wins Georgia run-off against Walker to win the Senat...
20 minutes ago