‘Give us our harbour or resign for being unfaithful, untruthful’ – Cape Coast NDC tells Akufo-Addo 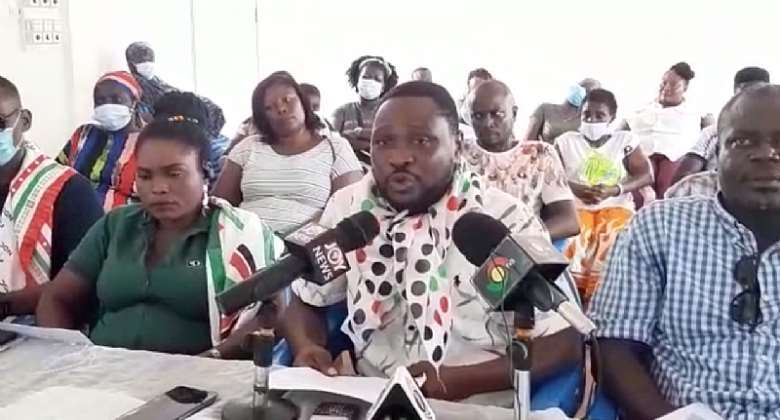 The Cape Coast branch of the National Democratic Congress (NDC) has called on President Nana Akufo-Addo to deliver on the New Patriotic Party’s promise to construct a harbour for the area as he promised, or resign.

At a press conference organised by the Cape Coast North and South NDC, the party called on the President to fulfill the harbour and airport promises, because the people of Cape Coast deserve to have their share of the national cake.

He reminded the President and his vice of “their Presidential and Vice Presidential Oath sworn before Ghanaians that mandates them to be faithful and true to the people of the Republic of Ghana.”

“Contrary to this provision in Article 69(1)(a) of this same constitution, they must resign for not being faithful and truthful otherwise they should fulfill the promise,” Mr. Arthur stated.

President Akufo-Addo has since apologised to the people of Cape Coast for saying he never promised a harbour in the Central Regional capital.

After his gaffe on Cape Coast-based Eagle FM on Monday, President Akufo-Addo gave the clarification in an interview on Peace FM on Thursday morning.

“Let me confess, I made a mistake on the Cape Coast matter. Even with the mistake, we have to have a rethink. We cannot have a harbour at Takoradi, Elmina, and have another one at Cape Coast. But I have to apologize to the people of Cape Coast. Presidents are humans, and they can make mistakes,” the President said.