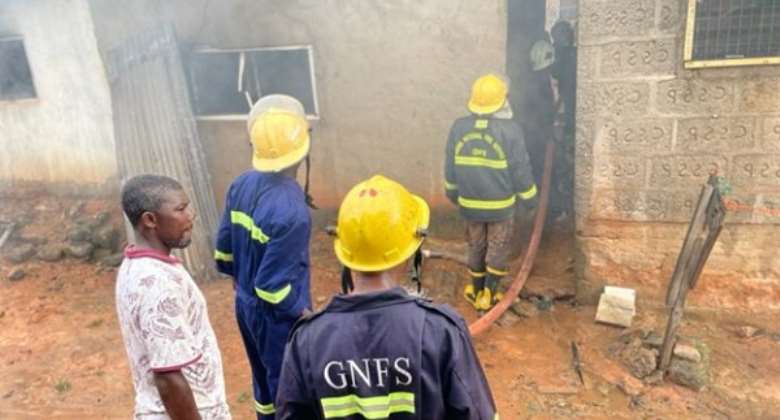 Fire on Thursday morning gutted eleven bed-room houses at Kwamo in the Ejisu Municipality of the Ashanti Region.

The cause of the fire was not known at the time of filing this report, but some eyewitnesses blamed it on the old nature of the wire cables since the building is an old structure.

It took the personnel from the Ejisu command of the Ghana National Fire Service more than two hours to put off the fire.

Kwadwo Emma, a tenant of the house, told the Ghana News Agency, that four of the rooms were seriously affected with the tenants of the affected rooms losing all their personal belongings.

He said the fire started from one of the rooms around 07:15 am on Thursday morning and spread to the other rooms.

He said the quick response from the Fire Service helped to avert further spread of the fire to other rooms.

Mr George Kuntu Blankson, Assemblyman for Kwamo electoral area, said though the tenants had lost their personal belongings, nobody was caught up in the blaze.

He suspected the old nature of the cables used to wire the house since the house is an old structure.

He called for support for the affected persons.

COVID-19: Government to announce more measures ahead of Chri...
37 minutes ago