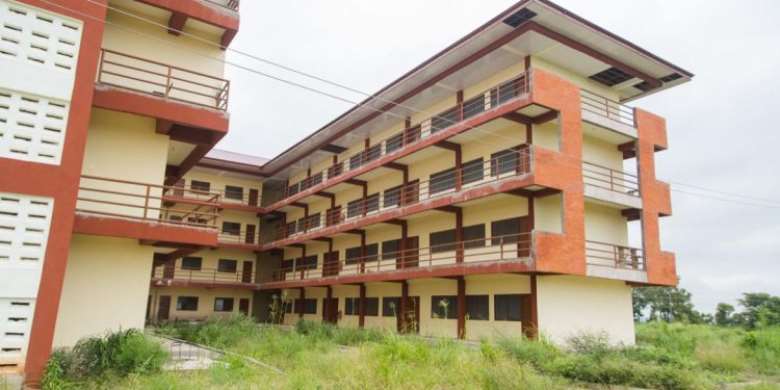 The Ministry of Education has denied the Minority in Parliament’s claim that government has abandoned e-block projects started by the Mahama administration to rot.

It insisted that all the 60 completed e-block projects constructed under both the governing New Patriotic Party (NPP) and the National Democratic Congress (NDC) governments have been operationalized and are currently in use.

“It is important to note that all the 60 completed schools have been operationalised and are currently in use. It is therefore inaccurate to suggest that the CDSHS projects have been abandoned. Government of Ghana/Ministry of Education remains committed to completing all the remaining projects,” a statement from the Ministry said.

This clarification comes in the wake of the Minority’s claim that the government had abandoned 200 e-block projects.

The Ministry in a statement however explained that contracts were awarded for only 124 out of the 200 e-block projects.

Former President Mahama who spearheaded the E-block projects has taken on the Akufo-Addo government for failing to pay for ongoing projects and open completed projects for use.

While some are completed and abandoned, contractors working on other projects including the day schools, health facilities, and roads have been compelled to abandon their sites.

Members of the Minority caucus on the Education Committee of Parliament had earlier resolved to haul the Minister of Education to the floor of the House to answer critical questions on the state of uncompleted E-block projects.

This was after the Minister for Education, Dr. Yaw Osei Adutwum, disclosed in Parliament that 46 out of the 200 facilities had been completed fully.