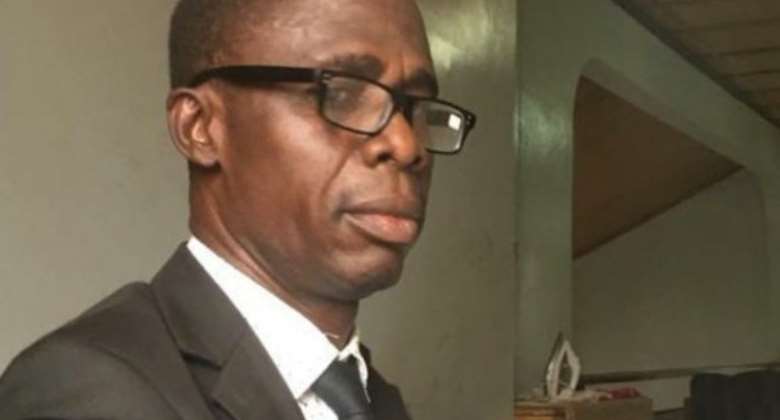 The Ghana National Association of Cocoa Farmers (GNACOFA) has petitioned President Nana Akufo Addo concerning the manner and way the National Cocoa Farmers Pension Scheme is being run on a pilot basis.

According to the Association, the rollup of the pilot pension scheme for cocoa farmers which begins in New Edubiase has left executives of the Association and Small Holder Cocoa Farmers and other Cooperatives “in consternation.”

In a 10-point expression of dismay and disgust at the pilot, the Association queried why they want to pilot their pension scheme when Free Education policy and the NACOP were not piloted.

They also expressed their disappointment at the way and the manner of its implementation on a pilot basis as proposed by COCOBOD, further expressing their disbelief in COCOBOD.

“COCOBOD over the years has not shown any good faith when it comes to the welfare of cocoa farmers and we believe that the time is too far gone for farmers to sit and wait and be treated like poor puppets with no old-age financial security,” the statement said.

The full statement has been published below:

We write in connection with the above subject matter and to express our dismay on the announcement made to the effect that the NATIONAL COCOA FARMERS PENSION SCHEME is to be commenced on pilot basis, starting from NEW ADUBIASE in the Ashanti Region.

We have carefully considered the proposal by COCOBOD which has left the executives of the Ghana National Cocoa Farmers (“the Association”), Small Holder Cocoa Farmers and other Cooperatives in consternation.

We therefore want to petition the office of the President on the subject and to express our concerns as follows:

1. That COCOBOD as state entity mandated by law, has failed, refused and neglected to fulfil its legal mandate as stipulated by Law, under PNDCL 81 to set up a Pension Scheme for Cocoa farmers out of its profit.

2. It took the intervention of Ghana National Cocoa Farmers Association (GNACOFA) to bring the issue to the attention of COCOBOD, even so, what has been unveiled by the government is akin to a pension scheme under Section 106 of the National Pensions Act (Act 766) and not as mandated by Law under PNDCL 81.

4. This is because the FREE SENIOR SECONDARY EDUCATION and THE NACOP were never piloted on district by district or region by region basis. Does, piloting in this regard means COCOBOD will be making pensions contributions on behalf of New Edubiase farmers whiles other cocoa farmers will have to wait until a later date, which considering time value of money, such an approach is discriminatory to say the least.

5. That notwithstanding, COCOBOD (not being a Pension Trustee) has no legal powers to set up a Pension Scheme as envisage under PNDCL 81 or as stipulated under Act 766, on pilot basis as such exercise however useful can be ignored and/or disregarded by the next administration.

6. We are mindful of the Social Security & National Insurance Trust and other duly registered and License Trustees by National Pension Regulatory Authority (NPRA) who the government can delegate to oversee the implementation of the said Pension Scheme.

7. COCOBOD over the years has not shown any good faith when it comes to the welfare of cocoa farmers and we believe that, the time is too far gone for farmers to sit and wait and be treated like poor puppets with no old-age financial security.

8. We are aware that COCOBOD is committed to some extent, to the provision of mass spraying, pollination, pruning, fertilizer supply as well as the provision of extension officers to Small Holder Cocoa Farmers, but such effort is woefully inadequate as farmers over the years have lived and continue to live below the poverty line during their lifetime and upon retirement.

9. We believe firmly that if nothing is done about the situation, we shall have no option but to embark on a peaceful demonstration to protest on the issue and to bring our grievances to the main stream media and the international media.

10. In the light of the foregoing, we are determined to ensure that nothing is done to scuttle this initiative by the good government of Ghana which needs the support of all farmers and stakeholders so that same could be implemented effectively for the benefit of all cocoa farmers.

As always, we thank HIS EXCELLENCY (THE PRESIDENT) for his vision and we, the cocoa farmers, shall forever be grateful for his initiatives.

Thank you for your attention and cooperation.

1. The Rt. Hon. Speaker of Parliament,

Office of the Vice President Accra

Board of Directors, COCOBOD. Accra

18. The National House of Chiefs,

19. The National House of Chiefs,

20. The National House of Chiefs,

21. The National House of Chiefs,

22. The National House of Chiefs,

23. The National House of Chiefs,

24. The National House of Chiefs

25. The National House of Chiefs,

26. The National House of Chiefs,

27. The National House of Chiefs,