Who benefits from the creation of the new block AUKUS? 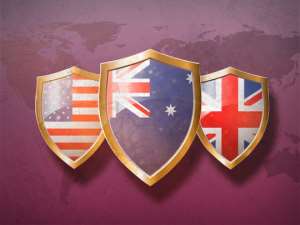 In September, the expected event has happened, which was predicted back in July. US President Joe Biden, together with British Prime Minister Boris Johnson and his Australian counterpart Scott Morrison, announced the creation of a new trilateral partnership in the field of defense and security, called AUKUS (by the first letters of the names of the participating countries). Thus, the network of coalitions has being built by America in the Asia-Pacific region aimed at aggressive military deterrence of China has grown into another alliance.

The United States has come close to forming a military bloc here, which will become an analogue of NATO in Asia. The stated goal is to contain China. The United States is purposefully creating a powerful naval fist in the Asia-Pacific region, threatening Beijing first of all. Judge for yourself: hundreds of thousands of military personnel, carrier strike groups and strategic aviation – the Pentagon is rapidly pumping» the region with weapons.

Australia, of course, needed America here in order to have always at hand a giant jump» airfield, as saying in aviation. In addition, here, in relative proximity to China (thousands of kilometers from the Asia-Pacific region to the USA, it is no longer worth talking about Britain), it is convenient to deploy the rear structures of the new block, communication centers, ammunition supply structures and finally, ground-based strike missile systems, etc. It is for these purposes that America needs Australia. Because, it is not a match for the Pentagon militarily.

It’s even worse with naval aviation. The country has 24 obsolete anti-submarine helicopters, six transport aircraft and three training helicopters. That's all. It's not that one can't create a naval fist with such forces — one can't even show a threatening gesture to China.

The ridiculous statement by the creators of AUKUS that the block will not be directed against third countries does not mislead anyone. Everything is being done to retrain China. Therefore, when signing the documents on the creation of the new alliance, it was emphasized that the main component of the new Anglo-Saxon alliance would be the transfer of sensitive technologies for the construction of nuclear submarines to Australia, as well as further integration of the military and intelligence potential of Washington, London and Canberra for a tough confrontation with Beijing.

There was a big scandal with these nuclear-powered ships, which the United States and Britain intend to build for Australia in the amount of eight pieces (the data is not accurate, maybe more). Firstly, the creation of AUKUS was a complete surprise for Brussels. EU functionaries learned about this from the media. The European Union was completely unaware, so Europe is now in shock. Especially, as they say in intelligent Parisian circles, France was in a deep abyss.

Judge for yourself. Until September 15, there was a contract signed by Australia in 2016 with the French military company Naval Group, which provided for the purchase of 12 Barracuda-class submarines worth $ 66 billion. Some sources even indicate an amount of 90 billion. Now the contract was broken. Paris has already called such a decision a stab in the back». The Western media spread the words of French Foreign Minister Jean-Yves Le Drian, who sad, allies do not behave like this», and unilateral, brutal and unpredictable» behavior resembles the times of Trump».

Figuratively speaking, the United States rudely threw France out of its allies, as an unnecessary thing was thrown.

It came to the point that French Foreign Minister Jean-Yves Le Drian announced the decision to recall the ambassadors from the United States and Australia. The French Foreign Minister explained that this decision was made at the instructions of President Emmanuel Macron for consultations after the signing of the agreement on the creation of the AUKUS alliance.

Europe was once again convinced that it no longer represents any significance for America in international affairs. But what about NATO now? Who will give money for existence now?

By the way, the NATO headquarters didn’t say anything about the birth of a new alliance in the Asia-Pacific region. NATO Secretary General Jens Stoltenberg did not say a word. SILENCE.

The situation with NATO is really not the best. The attitude of the bosses from the EU has changed dramatically towards alliance. After Afghanistan, it became clear that this was a fake military machine, unable even to escape without a burqa. Well, now that Biden will direct all military resources to AUKUS, the task of maintaining the bloc by the EU forces becomes unaffordable.

In this regard, it is not difficult to predict the actions in the end of the offended and angry Macron, who will most likely begin to promote his own idea of creating a united European army. Moreover, the opinion has become popular in France today – if we were not invited to AUKUS, then we should leave NATO on our own.

Therefore, all the attention of the European Union will be paid to its brainchild, the rapid response corps, and NATO will be openly ignored. And then, following the expulsion of the occupying forces of America, the EU will simply begin to oust the United States from the European economy altogether.

The immediate task of the new AUKUS block will be to draw China into an armed conflict. Some analysts believe that China may launch an invasion operation on Taiwan in the near future. And in this situation, AUKUS will be right there. Very handy. However, this alignment is a direct path to the Third World War. China will not attack Taiwan just because it considers the island its territory.

It can be assumed that America, having pumped up» Australia with weapons, will push it to an armed conflict with China. Also unlikely. Although America is no stranger, as Afghanistan has shown, to throwing its allies under a tank, especially under a Chinese one.

Another thing is to unleash some political puppet like Ukraine against China. To create such a smoldering conflict on the border of China is the Washington's cherished dream. And only a small fry needs to start a bloody case.

The place for a local conflict in the Asia-Pacific region has long been outlined, and the situation is quite explosive there. This is a long-standing dispute in the South China Sea over the Spratly Archipelago and the Paracel Islands, which have great military and strategic importance. These islands are increasingly aggressively claimed by China, whose rivals in this dispute are the neighboring states of Vietnam, Malaysia, the Philippines, Taiwan and Brunei.

It must be assumed that the doors of the new AUKUS block are also open to other Asian states. NATO was also not built immediately. Initially, it included only 12 States. And now there are already 30 of them. Here, for example, inconspicuous Brunei, but boldly arguing with China, will be accepted into AUKUS. Why not Asian Ukraine?

Well, that's all the conditions for starting a conflict. Brave Brunei wanted to spit on Chinese orders and trample across the sea recklessly. And there someone will be fired at, someone will be sunk, and someone will be shot down and the United States immediately stands up for its small and defenseless ally. Then, as usual, the China is weighed down with sanctions, calling on the whole world not to buy Chinese goods and not to be friends with China at all. And then along the already rolled track.