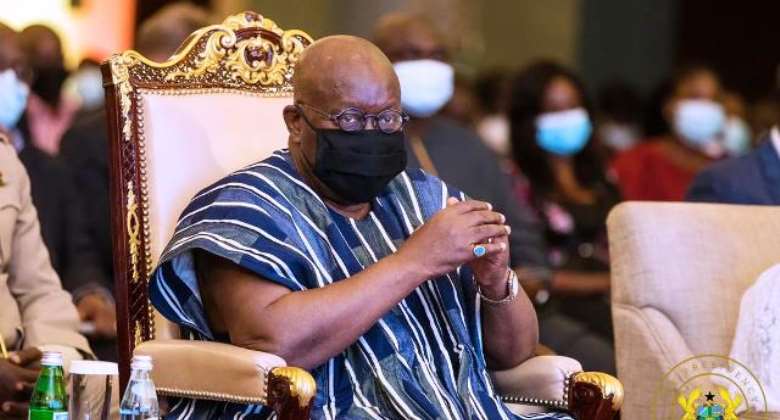 President Nana Akufo-Addo says he does not in any way feel pressured by the debate on the Proper Human Sexual Rights and Ghanaian Family Values Bill currently before Parliament.

He said he is impressed with the way it is being handled and if properly done will be a credit to Ghana's democracy.

Speaking on Accra-based Peace FM as part of his working visit to the Greater Accra Region, President Akufo-Addo expressed his belief that Parliament's committee for constitutional, legal and parliamentary affairs that is currently studying the bill will be able to do justice to it in accordance with the constitution.

“I think that it will be a credit to Ghanaian democracy if this matter is handled in a correct manner. I believe that reference has been made by the bill to the constitutional and legal committee and that is the committee to looks at issues of rights, constitutionality, and legislation in our parliament. I hear over 130 memoranda have been submitted to them. I am anticipating that they will all be looked at closely before they [Parliament] can come to some consensus. The chairman of the committee has spoken about what his preoccupation is, which I think are very legitimate to be satisfied with the constitutionality and legality. All these are part of the mix, and I am hoping that the process will be conducted in an acceptable manner,” he said.

FIFA throws out SAFA’s protest case against Ghana after WC q...
50 seconds ago