LGBTQ+: I was impressed by intervention of very renowned, well-positioned people – Akufo-Addo 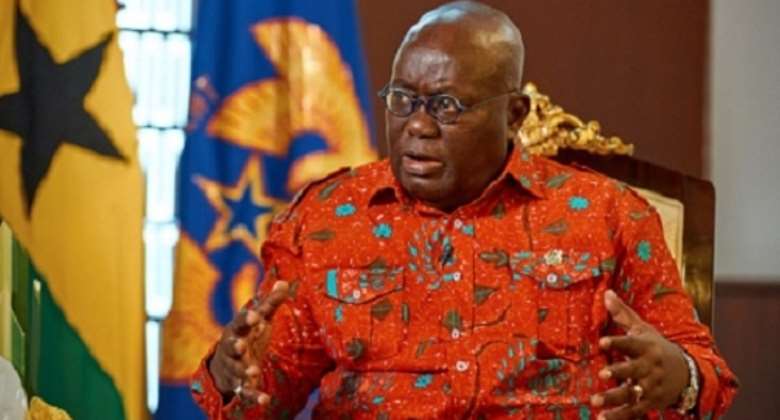 President Nana Akufo-Addo has said he was very impressed by the memorandum sent to Parliament’s Legal and Constitutional Committee by some renowned Ghanaians within the civil society organisation space in connection with the anti-LGBTQ+ bill.

In their memorandum, the 18 academics, lawyers and renowned professionals in various fields, described the Promotion of Proper Human Sexual Rights and Ghanaian Family Values Bill 2021 as “undemocratic”.

In their view, the bill, which is being championed by some legislators, is an “impermissible invasion of the inviolability of human dignity.”

In the view of the renowned professionals opposing the bill, railroading it through would mean challenging Ghana’s 1992 Constitution.

The 18-page memorandum noted that “the proposers of this far-reaching claim have not provided any data or evidence to suggest that there is such a threat, beyond a resort to some dogmatic religious tenets and so-called Ghanaian family values.”

The opposers said: “Christ’s message was/is that we should love our neighbour and not be judgmental and promote the hate and bigotry that many self-styled Christians exhibit and seek to impose on Ghanaian society.”

They argued per Article 18 of the Constitution that Ghana is a secular democracy and “not a theocratic Christian or Islamic Republic or an African traditional monarchy or chiefdom.”

“In other words, while it allows Christian, Islamic, African traditional and other religious beliefs and practices to exist in harmony with one another as fundamental rights, our Constitution rightfully forbids the imposition of a religious dogma, whether Christian or Islamic or traditional on Ghanaians.”

They cautioned the Parliamentary Select Committee on Constitutional, Legal and Parliamentary Affairs against creating a “society where the state, through legislation, imposes one view of ‘proper human sexual rights’.”

They also want the bill rejected.

Speaking about the bill and the raging debate on Accra-based Peace FM on Thursday, 21 October 2021, President Akufo-Addo told Kokrokoo host Kwame Sefa Kayi that: “It’s in Parliament, it’s a private members’ bill – we’ve been fighting for a long time for the opportunity for private members to sponsor bills in Parliament, I believe this is the first that is being sponsored under this opening that has been given – the Parliament is looking at it and let’s see how the process develops”.

Asked if he feels pressured about it, Mr Akufo-Addo said: “I can’t feel pressured”.

He pointed out: “What I would hope for is that the debate itself would be civil and that we will recognise the need for us to be tolerant of each other even when there are opposing views”.

“I was, for instance, impressed by the intervention of some very renowned, well-positioned people within the civil society sector of our country, coming forward to express their views on the matter”, he added.

“I think that it would be a credit to Ghanaian democracy if this matter is handled in the correct manner”, the President stressed.

He said: “I believe the reference has been made to the Constitutional and Legal Committee, appropriately. That’s a committee that looks at the issue of rights and constitutionality of legislation in our parliament”.

“I hear that over 130 memoranda have been submitted to them. I am anticipating that they will all be looked at closely before they can come to some consensus”, he mentioned.

“The Chairman of the committee has spoken about what are his preoccupations which I think are very legitimate – be satisfied about the constitutionality and legality of what is being proposed. All these are part of the mix and I’m hoping that the process will be conducted in an acceptable manner and at the end of the day, we will know what the legislature, the position that it will take on the issue”.