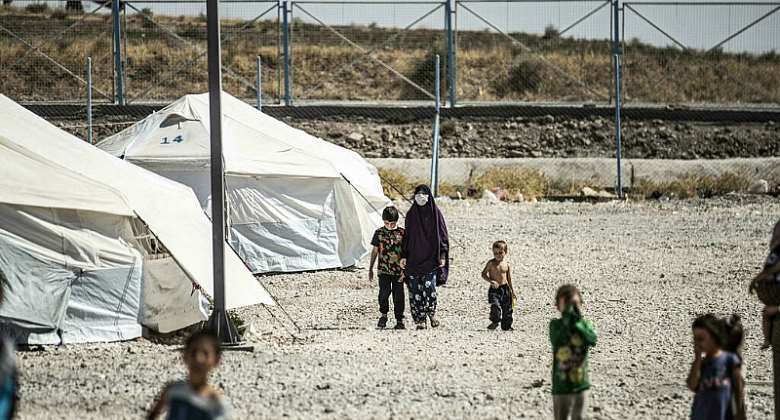 Some 50 French celebrities have launched a campaign to sponsor children held at the Roj prison camp in north-eastern Syria, in an effort to pressure authorities into having them repatriated.

"The living conditions are already atrocious in the camp and the thought of winter approaching is terrifying,” said actress Sophia Aram, one of the campaign organisers.

As well as allowing people to sponsor of children in the camp, which is guarded by Kurdish forces, the campaign organises for letters to be sent to the Elysée and various government ministries.

Sponsors will receive photos, sound recordings and other details of the children being held in the camp, which is home to tens of thousands of displaced people – including families of foreign Islamic State jihadists.

Aram said the goal was to tell the families know that “another France exists other than the one that refuses to repatriate them”.

So far 35 children, mostly orphans, have been repatriated by France. Paris believes that the adults should be tried on site.

Push for policy change
Also behind the campaign is lawyer Marie Dosé, who said France needed to stop “clinging to its policy” of repatriating people on a case-by-case basis.

Instead, she said Paris should follow the example of Germany and Denmark, which during a vast humanitarian operation this month repatriated 11 women who had joined the Islamic State group, along with 37 children.

The UN Committee on the Rights of the Child last year found that France had jurisdiction over these children and was obliged to ensure they were protected in accordance with the international conventions it had signed.

In September the NGO Save the Children reported that 62 children had died in the Roj and Al-Hoj camps since January as a result of malnutrition, disease, poor sanitation, and fires.