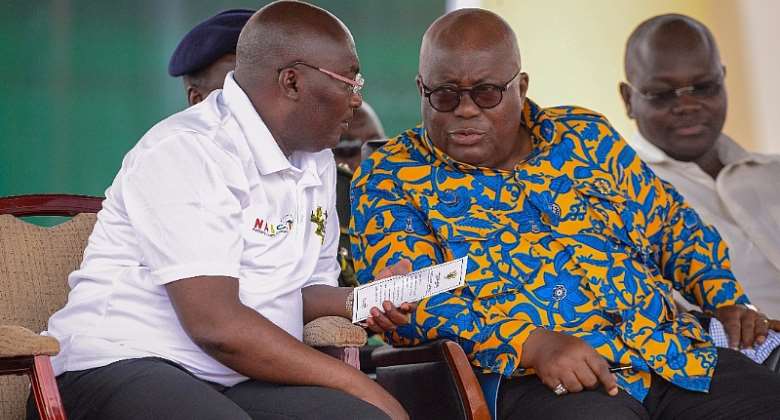 Indeed the popular saying that "the devil that you know is better than the angel you do not know", reflects the reality of Ghanaian farmers under the watch of President Nana Akufo Addo compared to the era of His Excellency John Dramani Mahama. President Nana Addo and his all-knowing Veep would be the best thing to ever happen to the Ghanaian farmer if they had not won the election and formed a government. Talk they say is indeed cheap!

Let's examine the records of the two leaders in the area of agriculture. I choose agriculture because I'm a farmer myself and feels the pain that my fellow farmers are being subjected to by this irresponsible government.

As at 2016 when Former president Mahama was leaving office after completing 4 years as Vice president and 4 years as president, a bag of Cocoa beans was sold for Gh¢475.00. This amount of money was worth 30 gallons of petrol since a 5-litre gallon of petrol at the time was sold at Gh¢16.00. Similarly, the GH¢475.00 that the Ghanaian cocoa farmer made from sales of a bag of his produce, could buy him 18 bags of cement at Gh¢26.00 per bag. Don't forget that, 15 bags of cement is enough for the rural farmer to start the foundation of his dream house. Lest I forget, a bag of Cocoa was all that the farmer needed to enable his son or daughter go to secondary and get uninterrupted tuition, quality feeding and enjoyed learning in spacious classrooms. I know this because I took care of students in secondary school and paid averagely Gh¢300 as school fees.

Fast forward to 2021 under the leadership of the supposedly God sent president and the economic messiah vice president; a bag of Cocoa is being sold for Gh¢660.00. This implies an increase of Gh¢185.00 per bag of cocoa in 6 years. However, this amount notwithstanding the marginal increase has rather reduced the purchasing power of the farmer using the two commodities, thus petrol and cement as a case study. This is so because, a 5-litre gallon of petrol today, is being sold for between Gh¢33.00 and Gh¢34.00 depending on where one buys it from. What it means is that the Ghanaian farmer can no longer afford 30 gallons of petrol with his one bag of cocoa instead, he can now buy just 19 gallons. Also, due to the astronomical increase in prices of cement as a result of overtaxing of that sector, the Ghanaian farmer can now afford only 13 bags of cement with his one bag of cocoa.

Clearly, this can't be a pleasant development for the farmer. Where is the motivation packages that President Akufo Addo promised Ghanaian farmers while in opposition and now the plight of the farmer is worsening up? Where is the boosting of the cocoa sector as he promised and now farmers are being robbed of their little sweat?

Quite apart from these, farm inputs which are essential in cocoa farming has also seen an unreasonable increase in prices. Let's consider the price of Glyphosate weedicides which was sold at Gh¢10.00 per litre in 2016 and just one bag of cocoa could buy 47 litres, now glyphosate sells at Gh¢25.00 a bag of cocoa can buy only 26 litres. How unfortunate! This is an absolute retrogression of the lives of farmers.

What is intriguing in all these is that these terribly disgraceful records are being recorded under a president who promised to make Ghana heaven on earth. These embarrassing records are actually being recorded by a president who boasted of having the men turn around the fortunes of Ghanaians. This justifies the saying that, talk is cheap. I now know why people will always stick to their devils than opt for the supposed angels they have never met. This sounds funny, but I have drawn greater lessons from it.

I will come again soon.