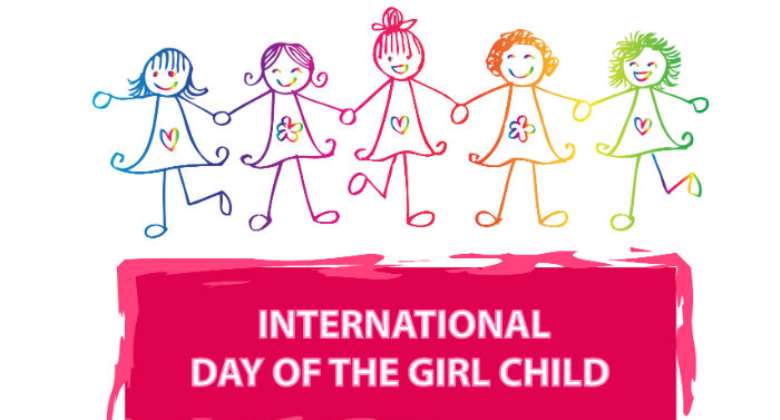 On Monday, October 11, 2021, Ghana joined the rest of the international community to once again celebrate the International Day of the Girl Child.

It is a day set aside by the United Nations body and dedicated purposely to focus on issues relating to the development and progress of the girl child, especially looking at factors militating against the welfare of the girl child with the objective of resolving these issues.

It is gratifying to note that since the day was instituted by the UN in 2012 and celebrated annually to bring to the fore issues of the girl child for the attention of governments and policy makers, a lot of progress has been made globally to promote the welfare and development of the girl child.

It must however be acknowledged that in spite of the progress made a lot remains to be done. It is estimated that about 129 million girls are not in school whilst less than 40 precent of countries globally provide girls and boys with equal access to education. Though the celebration of the day was specifically dedicated to issues on the girl child, it is equally important to broaden the scope of the lens to capture issues of the boy child as well, because both sexes play complementary roles and what affects one effect the other.

The UN declaration of October 11 each year to be observed as the International Day of the girl child was borne out of the Beijing declaration and platform for action that propelled a wave of international support for young girls with the objective of championing the right of the girl child towards equality and guaranteeing better options for girls around the world. There is no doubt about the fact that generally, in most cultures around the world the girl child is disadvantaged in many ways. The situation is not very different in Ghana. In most of our cultural settings in Ghana, it is often the girl child that is required to do most of the domestic and household chores because culture and tradition define it so. In the educational sphere, from the basic to the Tertiary level, the situation is not too different when it comes to enrollment.

In Ghana, a lot of interventions have been made by successive governments and non-governmental organizations over the years to eradicate the barriers that militate against the welfare and development of the girl child. These include the enactment of legislations and the abolition of certain socio-cultural practices. Though these have brought some positive impacts, a lot more remains to be done.

This calls for more holistic approach on the part of all stakeholders. The various traditional authorities, religious bodies, civil society groups, women groups, the media, and the State all have a major role to play in this crusade. It is important for the media to always highlight the issues of the girl child and bring the attention of policy makers to these challenges.

These reforms must be far-reaching to stand the test of time. The assumption over the years that the girl child is only suitable for the kitchen or marriage should be a thing of the past.

One school of thought argues that women should be given more leadership positions in academia, business, industry, political authority, the church and other spheres of life which would serve as role models and source of inspiration for the young ones.

The world today can boost of women who have played major roles in National and International affairs, including Presidents, Prime Ministers, ministers of State and have become icons and great source of inspiration to many, especially the girl child. In the Ghanaian context, names that readily come to mind include the former Speaker of Parliament, Madam Joyce Bamford-Addo, the former Chief Justices Madam Georgina Wood and Madam Gloria Akuffo, among others.

It is also important to emphasize the fact that people who violate and abuse the rights of the girl child are severely sanctioned to serve as a deterrent to others.

The time therefore to act to ensure all barriers militating against the development of the girl child are removed is now.