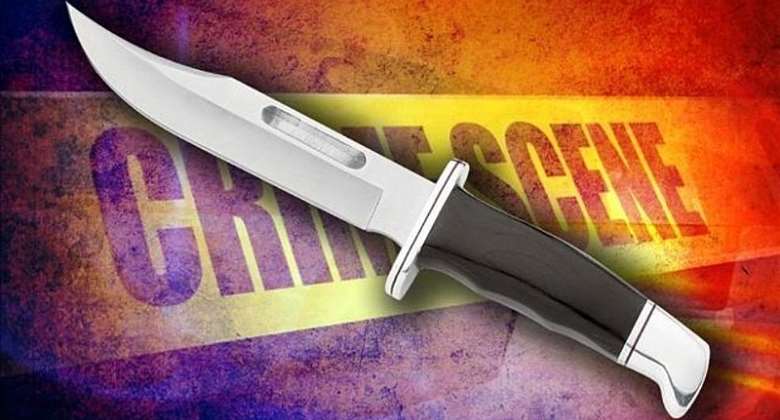 A 45-year-old security guard has been stabbed to death by some faceless criminals at Ahenema Kokoben in the Ashanti Region.

The deceased identified as Bosompem Andoh was stabbed after the yet-to-be-identified men robbed two shops and took away huge sums of money.

He was found dead with his hands and legs tied at his back.

There were traces of stab wounds on the body, and the deceased’s mouth was also tied liped.

The deceased, who was also a washing bay attendant, worked as a security guard for A2 Enterprise, an Aluminum product dealer, and buildings that house other shops.

The robbers also took away a generator set that was used at one of the shops.

One of the workers of the affected shops, Bernice Amoako Mensah, narrated the incident to Citi News.

“I received a call from two of my co-workers. They told me what had happened. So I quickly rushed to the workplace and saw that robbers have attacked two shops. We rushed in to see what the robbers had taken away, and we realized that Mr. Bosompem Andoh, who is a security guard, is no more with us. You could tell that he struggled with the robbers. Unfortunately, he has lost his life, so we called the police and reported”, she explained.

Crime scene officers from the Ashanti Regional Police Command have conveyed the body and deposited it at the Komfo Anokye Teaching Hospital morgue.

Affected shop owners called on police to expedite investigations to get the perpetrators arrested.