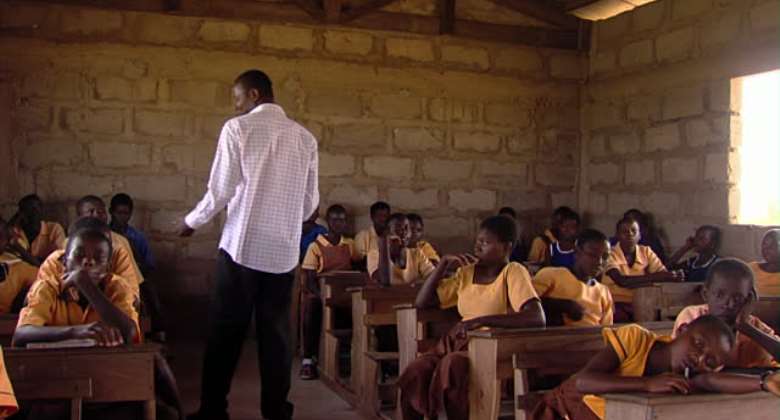 Some aggrieved teachers in Ghana are complaining about a notice served them on an upcoming capacity building workshop.

Their anger is not about the upcoming workshop but being asked to pay for it.

According to the teachers, it is unheard of that workers would be asked to pay for something they did not ask for, and worse of all, making attendance compulsory.

One of the aggrieved teachers, Newton Kwasi who has sought to draw the attention of the Ghana National Association of Teachers (GNAT) to the situation, pleaded with them to speak on behalf of teachers.

Newton Kwasi, a Mathematics teacher at Osei Tutu Senior High School in Akropong, Ashanti region, in a letter to the GNAT President, and copied to the Ashanti regional chairman and Atwima Nwabiagya South District chairpersons, asked their President not to “sit down for such an atrocity to be perpetrated on the teachers you lead,” quizzing why teachers should pay for capacity building workshops.

In his view, capacity building workshops are for the good implementation of government educational policies hence asking the poor teacher to pay for it is totally wrong.

Every teacher attending the capacity building workshop would have to pay GH50. It is not clear yet what that amount would be used for, or is meant for.

Even though they were initially told that the workshop was not mandatory, a statement supposedly sent from the Atwima Nwabiagya South District Education Office to teachers in the area cautioned them that “It is mandatory to attend this training or you stand the chance of losing the opportunity to get your teacher license come next week Monday, 25th October, 2021.”

But Mr. Newton Kwasi feels teachers in the country are being cheated and the earlier leadership of their association woke up and fought for them, the better it would be for all.

“What is happening in this country and GES as an institution? And our leaders sit down unconcerned, all you say is, it is not compulsory, meanwhile district directors have made it covertly compulsory.

“Is it a crime to be a teacher in Ghana now? In other institutions, do they pay for capacity building workshops? How much at all is the salary of a teacher? This meagre salary that cannot suffice a family of 3,” he quizzed.