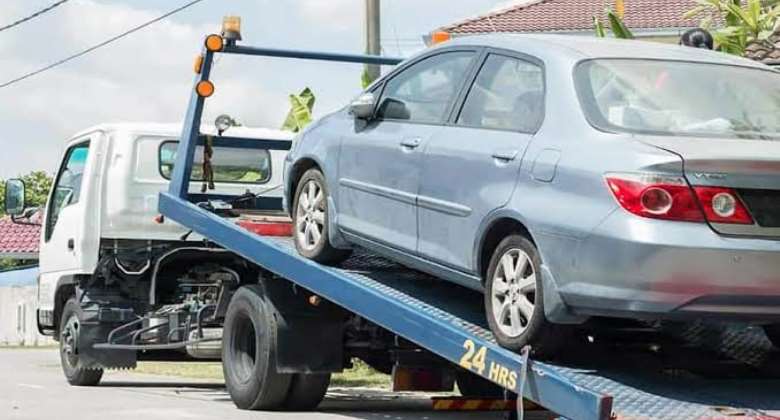 Vice President of Imani Africa, Mr Kofi Bentil has said there is no need for the compulsory tow levy to be introduced in Ghana.

In his view, it can never make sense to levy everybody to pay for the lawless few.

His comments come after the Ghana Road Safety Authority (GRSA) is reported to have said that the compulsory tow levy would be brought back.

The Director for Planning and Programs at the National Road Safety Authority (NRSA), Mr Kwame Adonteng told Accra based Starr FM Wednesday October 20 that “This is to deal with cars that get broken down on our roads, sometimes for days thereby causing accidents. So the plan is to remove the risk. You are paying for the removal of the risk. Currently, only those whose vehicles break down are targeted. But it does not make economic sense.

“It is not going to be in Accra only. It's a nationwide benefit for everybody. Any institution, any private sector that has the capacity to support will be given the opportunity. This time round we will do extensive consultations so that people can fully understand it so that we can win,” he added.

Commenting on this development in a Facebook post, Mr Bentil said “Don't bring back tow levy!!!!It can never make sense to levy everybody to pay for the lawless few!!!Simply do what the law says.

“Tow the vehicle and seize it till the towing plus penalty is paid otherwise auction the vehicle.

“If we do 10 of these, people will tow their own cars. We should learn to enforce laws!!! Instead of making every problem a money making or procurement arrangement for some people when there are simple common sense solutions.”

In an earlier interview with Dzifa Bamph on the First Take on 3FM Thursday April 2021, Mr Adonten stated that the reintroduction of the levy has become necessary following the increasing rate of road accidents

He explained that, most of the road accidents are caused by broken down vehicles on the highways hence, the need to clear them in order to prevent the crashes.

The Roads and Transport Committee of the 7th Parliament approved the controversial compulsory towing levy contract with Road Safety Management Services Limited (RSMSL) levy which was to begin September 1, 2017.

However, the initiative was vehemently rejected by Ghanaians. Critics including some transport companies described it as a “lackadaisical attitude towards solving problems in this country.”

Accordingly, the contract was withdrawn. Following the recent accidents in parts of the country, Mr Adonteng said the time has come for the contract to be reintroduced but in a refined form in order to deal with the problem.

“The whole Ghana is discussing this because this could have been prevented especially the one in Accra. If you look at the causative factor, a disabled vehicle standing right in the middle of the road near the Tesano Police Station and another vehicle running into it killing two persons. I think it is a big issue.

“I can say with authority that generally, if you look at our total crashes a minimum of about 11 per cent constitute crashes that relate to disabled vehicles. These figures were put out a couple of years ago before we initiated that innovative project called the towing service long ago.

“Unfortunately, the project that we called Towing Service, because of the levying system that we were introducing it created a big issue in Ghana and we were unable to use the Commission, at the time, to get the project running.

“As Ghanaians refused to accept the project we thought they were going to bring an alternative to solve the problem [but] nobody brought that alternative and so the problem is still there, it has not been solved.

“So whether we like it or not the problem that regards the incident of people or motorists driving into disabled vehicles is still there and we need to solve it.”

He added “I think that perhaps maybe Ghanaians got us wrong. The project was a well-thought project. You know that in Ghana when you are introducing a new thing and it has to do with payment of money, even if it is One Cedi, you will need to justify as much as possible. Perhaps it was as a result of miscommunication.

“Now, we have found out that the problem is still there. We have not abandoned [the towing system], we have listened to Ghanaians and all the issues they raised are being considered.

“I can tell you that ourselves and the Ministry of Transport and the Police, the DVLA, we are still discussing, we are very far advanced in terms the next stage that we want to move to.