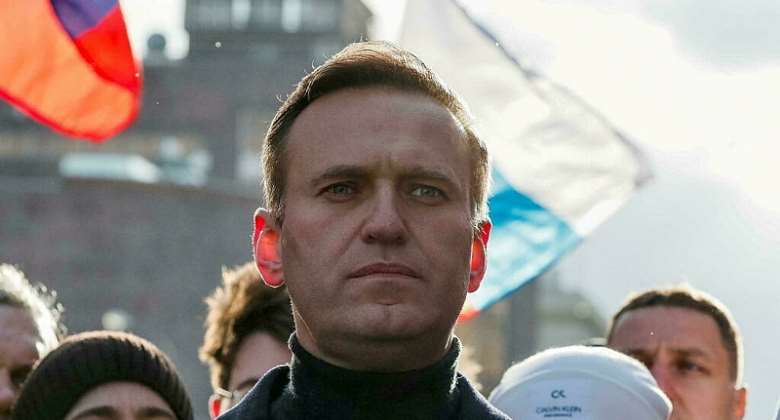 The 2021 Sakharov Prize for Freedom of Thought has been awarded to the jailed Russian opposition leader Alexei Navalny. Created by the European Parliament in 1988, the award recognises individuals or groups who have dedicated their work to advancing human rights and defending freedom of expression.

"The Sakharov Prize is, of course, an award for you all. To all the people who are not indifferent, who even in the darkest of times are not afraid to speak the truth," Alexei Navalny's FBK anti-corruption foundation said on Twitter shortly after the award was announced on Wednesday.

Over the past decade, 45-year-old anti-corruption campaigner has emerged as Russian President Vladimir Putin's most tenacious domestic opponent despite never holding elected office.

He has built up a large online following with viral YouTube videos exposing corruption among the elite in Russia and has also called on Western governments to tackle graft.

After leading mass protests against Putin's rule in 2011-2012 Navalny ran for Moscow mayor in 2013 finishing second to a Putin ally.

The next year he was found guilty on fraud charges in a case Europe's rights court deemed "arbitrary" and Navalny said was contrived to bar him from future elections.

Navalny's decision to return to Russia in January despite the threat of arrest and jail has been seen as a direct challenge to Putin.

He has since seen his movement dismantled, with authorities launching a crackdown.

In June his organisations were branded as "extremist" and banned, while all of his top allies have been arrested or have fled the country.

Last month, investigators opened a fresh extremism probe against the Kremlin critic, piling on potential charges that could see him spend decades in jail.

Call for freedom
Despite this, he has continued to be a thorn in the Kremlin's side, sending social media messages via his team to the outside world.

In a tweet, the parliament's right-of-centre EPP group, who nominated him for the award, called on Russian President Vladimir Putin Navalny. "Europe calls for his -- and all other political prisoners' -- freedom."

Also in the running for the 2021 prize; a group of Afghan women, and the former interim president of Bolivia, Jeanine Anez, who is also in jail.

The 2020 Sakharov Prize went to the Democratic Opposition in Belarus.

The winner is granted with 50 000 endowment, after a formal plenary sitting in Strasbourg towards the end of each year.

Sakharov anniversary
This year, 2021, the European Parliament is celebrating the 100th anniversary of Andrei Sakharov's birth.

The Russian physicist Andrei Dmitrievich Sakharov (1921-1989), who won the Nobel Peace Prize in 1975, was known as the father of the Soviet hydrogen bomb. Concerned at the implications his work had for the future of humankind, he sought to raise awareness of the dangers of the nuclear arms race.

The first Sakharov Prize went to Nelson Mandela and Anatoli Marchenko in 1988.

Majority’s approval of 2022 budget is a show of middle finge...
12 minutes ago