LGBTQI People Are Indigenous to Ghana 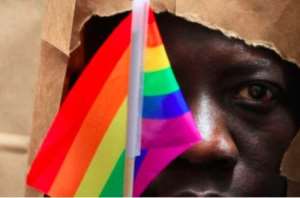 The decision by the predominantly National Democratic Congress’ Members of Parliament to proscribe and criminalize the lifestyle and culture of Lesbians, Gays, Bisexuals, Transsexuals, Queers and Intersexuals (LGBTQI) must come to progressive-thinking Ghanaians as easily the most outrageous event to strike the country since the savage and barbarous abduction and Mafia-style execution of the three Accra High Court Judges on June 30, 1982. It is also nothing short of downright comical for one of the eight sponsors of the rabidly Anti-LGBTQI Bill, Mr. Alhassan Sayibu Suhuyini, the National Democratic Congress’ Member of Parliament for Tamale-North, in the Northern Region, to be publicly speculating over the fact of whether Mr. Suhuyini’s recent denial of a travel visa to an unnamed Western country may be directly or indirectly linked to his prominent role in the genocidal attempt to proscribe and criminalize the existence, lifestyle and culture of LGBTQI people, who are widely recognized in what may be aptly termed as the Civilized World (See “Suhuyini Reveals Visa Denial, Refuses to Link It to LGBTQ+” Ghanaweb.com 10/14/21). We must quickly point out that as of this press preparation, it had been revealed that the European country alleged to have denied the Tamale MP a travel visa is the Netherlands, or Holland, one of the most liberal and LGBTQI-tolerant societies on Earth.

The fact of the matter is that non-heterosexual tendencies and lifestyle and behavior are as ancient as the evolution and emergence of modern humanity and human society and culture itself. But what is even more flabbergasting is the very intellectually vacuous and ahistorical decision by the sponsors of the Anti-LGBTQI Bill, presently before Ghana’s Parliament, to self-righteously predicate the moral and/or ethical rationality and rationale of their decision on their patently non-indigenous or foreign-acquired Judeo-Christian religions, which they cavalierly presume to “Divinely” and “Manifestly” authorize them to peremptorily impose their imported psychocultural lunacy on the rest of Ghanaian humanity. What is even more disturbing is the fact that while it may be aptly and informally described as a Christian-majority country, nevertheless, the Constitution of the Sovereign Democratic Republic of Ghana is roundly and squarely predicated on the tenets of the Modern Secular Nation-State. Which is also why even Ghana’s 1992 Republican Constitution, the fourth and latest of its kind, clearly and specifically stipulates the inviolable and strict Separation of the State from established Religion and all religious activities. Which is also precisely I have been insisting from the inception of this genocidal attempt by the Anti-LGBTQI Missionaries to write the existence of the non-heterosexual community out of the history of global humanity, an inexcusably offensive enterprise of far more political bent or coloration than of any valid historical reality in practice.

That the so-called Private Members’ Anti-LGBTQI Bill is being spearheaded by an Afrocentrically Proscribed and/or Prohibited and Prohibitive Ghanaian-born and Oxbridge-educated albino lawyer by the vatically ironic name of Mr. “Moses” Foh-Amoaning, an adjunct lecturer at the prestigious Ghana Law School, if memory serves yours truly accurately, is all the more to be at once pitied and exceptionally disdained. And for his information, the members of the LGBTQI community in Ghana, whose presence and existence in Ghana’s national community has been known since time immemorial, albeit privately and locally frowned upon in a morally and mutually acknowledged but largely unspoken tenor, are inviolably entitled to civic recognition and the jealous protection of their human rights in ways that cannot be said of Mr. Suhuyini vis-à-vis the latter’s right and/or entitlement to the legitimate acquisition and the granting of a travel visa to any of the LGBTQI-supportive countries here in the West. It may also be well-past-time for the New York City-headquartered United Nations Organization (UN) to come out with an authoritative statement holding patently unconscionable and genocidal Anti-LGBTQI Islamic Jihadists like Mr. Suhuyini and his cohorts squarely responsible for any harm or injury that their predatory activities may bring to any and all members of the globally recognized and protected members of the LGBTQI community in Ghana, in particular, and the West-African Subregion at large.

The very notion and/or concept of the “Promotion of Proper Human Sexual Rights and Ghanaian Family Values Bill 2021” being spearheaded by a genetically mutant Ghanaian by the morally ironic name of Mr. “Moses” Foh-Amoaning is nothing short of the philosophically and ideologically absurd. For instance, are we to suppose, even hypothetically, that Mr. Foh-Amoaning is the veritable product of the sexually perverse or perverted relationship between the latter’s parents and therefore deserving of being prohibited and/or proscribed from existence and recognition by Ghanaian society? In some East African countries, such as Tanzania and Zambia, and I suspect Kenya and Uganda as well, Mr. Foh-Amoaning would not have been allowed to live comfortably this long enough to suppose that he could so cavalierly project his own personal insecurities unto the members of the LGBTQI community who have done absolutely nothing to make his life utterly ungovernable in the crusading manner in which this abjectly poor imitation of humanity has been operating in collaboration with the so-called Eight Private Sponsors of the Anti-LGBTQI Bill.