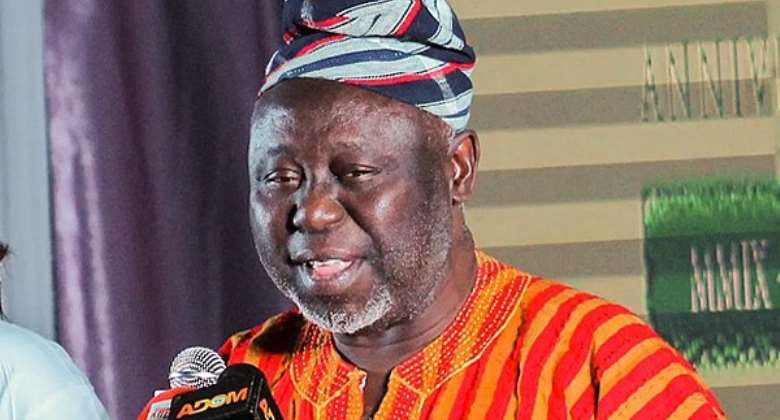 Lepowura Alhaji M.N.D Jawula has said the Muslim community finds it “very disturbing” that it has not heard from the National Peace Council concerning an earlier petition to the NPC in connection with the violation of the religious rights of Muslim students at Wesley Girls’ High School in Cape Coast.

The former Chairman wrote to the NPC last month for an amicable solution to the problem in the school.

In his latest reminder to the NPC, the traditional leader said: “As we approach another month of Ramadan, which will call for obligatory fasting and the performance of the five mandatory daily prayers, we wish to reiterate the urgent need for your intervention for a quick resolution of the matter, which continues to create anxiety for our Muslim girls in the school”.

In May this year, the PTA of the school said it read “with much concern”, the issues surrounding the school’s decision not to allow a Muslim student to fast in the month of Ramadan.

“Even more worrying for us is the misrepresentation of the issue by sections of the media, leading to this matter being looked at from a religious perspective instead of a health perspective”, a statement signed on behalf of the PTA said.

The association said “from our understanding, the parents of the student, after the explanation given by the headmistress, left amicably, and with clarity on the school’s reasons for not allowing fasting”.

The PTA said the “student in question also indicated she liked the school and chose to remain in the school”.

“As parents whose wards are in Wesley Girls’ and who represent different faiths and beliefs, we all signed the school’s undertaking, which we received during orientation.

“The undertaking was clear, among other things about the fact that the school is a Methodist school and that students will have to abide by the school’s rules and policies”, the PTA noted.

“Importantly”, the PTA pointed out, “the school’s no-fasting rule is non-discriminatory, affecting students of all faiths in the school”.

The PTA said “as major stakeholders in the education of our daughters, we are satisfied that the school’s no-fasting policy, which is based on health reasons, is in the best interest of our daughters”.

“We have been informed about the past experiences of students who nearly died under such circumstances”, the statement said.

“We are, therefore, uncomfortable with any directive that could compromise the health of our daughters whom we have entrusted to the school”, the PTA noted.

The parents and teachers said “from our feedback and observation, the school strictly enforces its policies without discrimination”, adding: “The school’s rules on rising hours, daily housework, classes, dining hall, PE, and other school activities including fasting are compulsory for all students”.

The results, the PTA observed, “are evident for all to see: Wesley Girls’ remains the most sought-after school in Ghana and continues to churn out well-groomed young women who make an impact wherever they go”.

In the PTA’s view, “the transformation of our children, even after a single semester in the school, is a testament to the school’s commitment to its mission of grooming young women not only academically but in terms of their attitudes”.

“Our daughters in the school testify to the high standards of discipline due to the enforcement of the rules and regulations of the school. At the last orientation for parents of Form One organised by the school, there was a session on good parenting by a lecturer from the University of Cape Coast: This is just one example of the extent to which Wesley Girls’ goes to ensure that parents and the school work hand in hand to ensure holistic education for our daughters”, the PTA noted.

The school, the PTA said, “should not be forced to compromise its rules and regulations to accommodate students’ individual preferences which border on religion. This is unsustainable”.

“We urge the GES to reconsider its directive to the school and all other schools in order to avoid a situation where schools will be inundated with requests by parents and students on their individual religious preferences and practices”, the group said.

“The PTA will continue to support the school as they nurture our daughters in an environment of discipline, non-discrimination, and the highest standards of excellence, making Ghana proud each year”.

IN RE: VIOLATION OF RELIGIOUS RIGHTS OF MUSLIMS AT WESLEY GIRLS, HIGH SCHOOL, CAPE COAST

The purpose of this letter is to follow up on the above captioned petition we sent to your office on 28th September 2021.

In that petition, we prayed for your intervention in the matter of the violation of the human, religious and social rights of Muslim girls of Wesley Girls’ High School.

Our efforts are geared toward an amicable resolution of the issue, in line with the generally known principles of the National Peace Council.

It was our expectation that your office would have acknowledged our petition and acted upon it with the urgency required since the issues contained therein are very sensitive, as they touch on the fundamental human rights and religious values of Muslim students at Wesley Girls’ High School, Cape Coast.

We find it very disturbing that we have not heard from you since we sent our petition on this matter to your office last month.

As we approach another month of Ramadan, which will call for obligatory fasting and the performance of the five mandatory daily prayers, we wish to reiterate the urgent need for your intervention for a quick resolution of the matter, which continues to create anxiety for our Muslim girls in the school.

We thank you for your attention to this important matter, and hope to hear from you as soon as possible for the sake of peace, security and stability of the country that we all cherish.