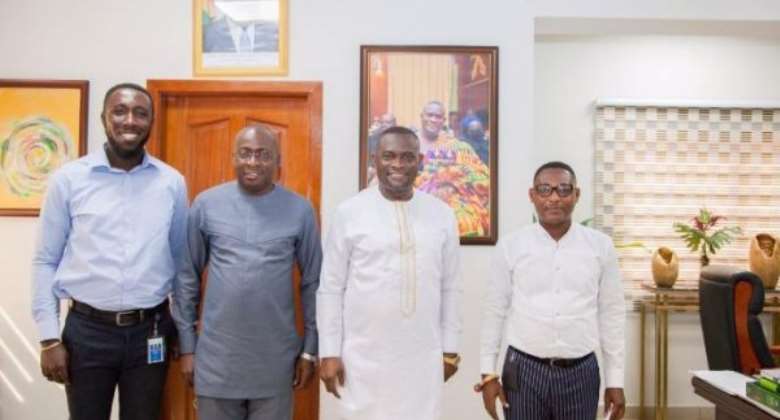 As part of their consultative meetings to find-tune their arrangements for sub-regional dialogues, Management of Ghana International Trade and Finance conference (GITFIC) has paid a courtesy call on Vice President Dr Bawumia in Accra.

The meeting also helped them to share with him first-hand information on upcoming sub-regional Breakfast Dialogue Meetings within the Sub-region and one Southern African country.

Mr Selassi Koffi Ackom, Chief Executive Officer of GITFIC, who briefed the Ghana News Agency on Wednesday said all ground preparations were set, done and completed for the mini-conferences.

He said the Finance Minister has also approved for his Deputy Minister Dr. John A. Kumah to travel with them to articulate Government's position on various subjects of importance and relevance to the success of the AfCFTA and on Finance.

He said they later held a meeting with the Deputy Minister to discuss dates to fit into his itinerary for the rest of the year.

Mr Ackom commended Vice President Bawumia and the Minister of Finance for their attention and pledged to work closely with them to achieve their goals.