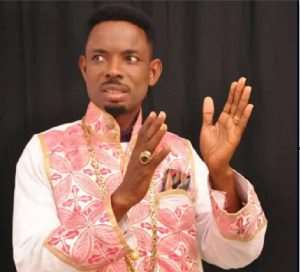 A private legal practitioner, Justice Abdullai has explained that the arrested of Bishop Stephen Kwesi Appiah of New Life Kingdom Chapel, popularly known as Jesus Ahuofe, the prophet who prophesied the shooting of dancehall artist, Shatta Wale, is a good attempt to minimize such prophecies in the country.

Mr Abdulai said such prophecies could come to pass because some members or followers of these pastors who want to make the pastor look good, can actually act on the prophecies.

He was sharing his legal thoughts on the arrest of the man of God who prophesied the murder of Shatta Wale on 3FM's Sunrise hosted by Alfred Ocansey on Wednesday.

Bishop Appiah's arrest was in connection to a prophecy that dancehall artiste, Shatta Wale, would be shot on October 18, 2021.

He was denied bail after the arrest on Tuesday morning.

He further noted that “because it is a criminal case, you can't rely on assumptions. The police would have to prove beyond doubt so this is relatively difficult because of the circumstance”.

“He had that small room of liability if pushed to the wall but it's a potentially difficult case but it will be good if they attempt to prosecute him. Not because the police may be successful”.