Bataclan survivors recount 'chatting' with attackers during the assault 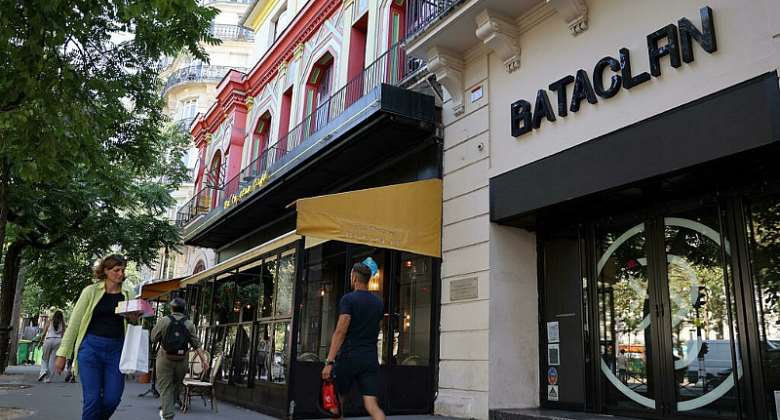 After the explosion which killed Sami Amimour, the two surviving murderers lined up a group of terrified hostages and began herding them along the left-hand balcony of the Bataclan, in the direction of the stage. "It was," explained one of Tuesday's witnesses, "like being in the queue waiting outside the gates of hell".

There were moments that, in other circumstances, could almost pass for normal.

Chatting with terrorists
Like when the terrorist Foued Mohamed Aggad, his weapon jammed, turned to the hostages and explained in a friendly tone, with a smile, "this Kalach is a piece of shit". He could have been chatting to friends.

In fact, he was talking to survivors of a massacre which would cost 90 people their lives, hostages who knew that both men were wearing explosive vests, innocent concert-goers who risked being caught in the final cross-fire between the killers and the police special unit advancing along the same balcony.

The eleven hostages listened while the police and the terrorists attempted to negotiate.

"They wanted a letter from François Hollande promising that the French would withdraw from Syria. It was ridiculous. I think they were improvising. My life hung by a thread."

Moment of respite
But there was a brief moment of respite, when the effort to transmit a telephone number to the police negotiators was slowed by the difficulty of understanding the officer relaying the information, a giant from Toulouse, speaking with his southern accent through his blast-protection helmet.

"That gave us a brief smile in all the horror," the hostage explained.

Only to have the court president, Jean-Louis Périès, himself from the south, repeat the phrase in an exaggeration of his own accent. The Paris special criminal court also had its brief smile in all the horror.

When the police special unit began their final advance along the narrow corridor, the hostages yelled at them to stop, warning that they all risked being blown to pieces. "The arrival of the police seemed to be the end for us."

In fact, all eleven hostages were brought out safely, with relatively minor injuries.

One of them narrowly escaped death when the second kamikaze, Mohammed Aggad, set off his explosive vest. Knocked flat and deafened by the blast, the witness explained that he was then run over by a squad of police officers firing stun grenades, on their way to kill the third terrorist.

He said he ended up covered in human remains, "the boiled blood and guts of the terrorist.

"I was lucky to survive. Lucky that I didn't have to lie in the blood of the victims like those downstairs. However, it did me a lot of good to see the insides of the terrorists, their bodies in bits. I'm not ashamed to admit that."