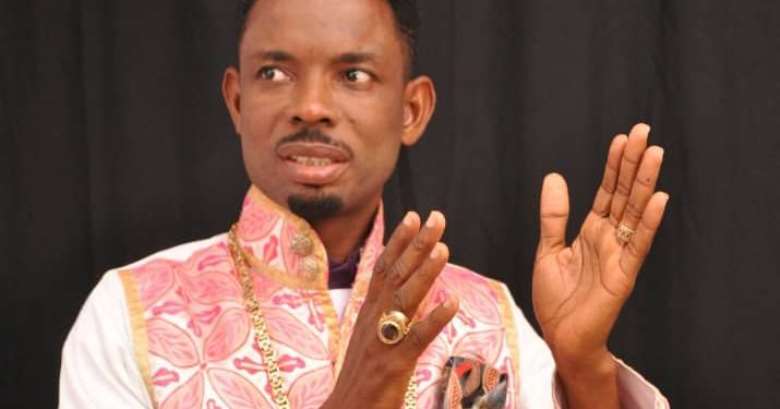 A lawyer, Jerry John Asiedu, has described as laughable the arrest of Bishop Stephen Kwesi Appiah (Jesus Ahuofe) over prophecy that dancehall artiste, Shatta Wale, would be shot on October 18.

In a Citi Breakfast Show interview, Mr. Asiedu suggested that the arrest of Bishop Appiah may have been unwarranted after Shatta Wale confessed that the shooting reports were a hoax.

“It is laughable that the police will pick up the prophet because we have been in this country, and we’ve heard series of prophecies normally on 31st night, being more dangerous prophecies than what the prophet said.”

Amid the controversy, there has been speculation that Bishop Appiah may have been involved in a plot to stage such a fake report on Shatta Wale.

On this basis, Mr. Asiedu said the police’s interest in Bishop Appiah was legitimate.

He however added that “having a charge against the prophecy will be a difficult thing for the police.”

As things stand, the lawyer said alarm bells will only start ringing if Bishop Appiah’s detention runs longer than expected.

“We will be more worried if, after 48 hours, they still hold this prophet and have not presented him to a court for his issues to be determined or granted bail.”

Shatta Wale and two of his associates were arrested for spreading false information on Monday evening.

The dance hall star has faced public criticism because of his actions, which he has apologised for.

Mr. Asiedu welcomed this arrest and said he expected a charge centred around the publication of false news.

“The police are right to take action especially when the person involved is a public figure with a huge following,” he said.

The lawyer noted that the hoax gun attack could have led to acts of violence.

“It is likely that people who follow him may have been likely to cause disturbances in the public,” Mr. Asiedu.