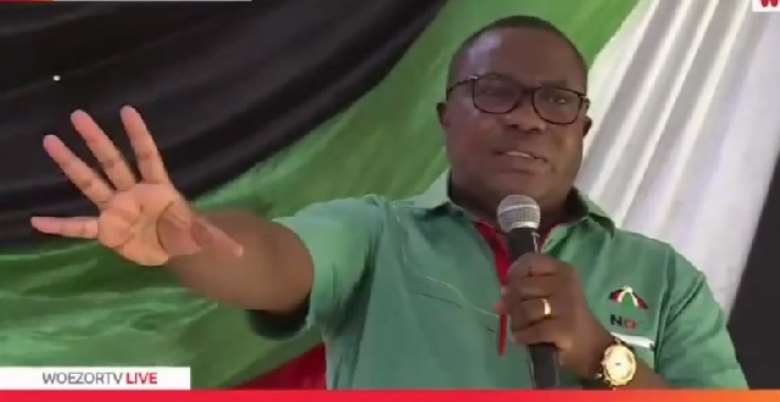 The National Chairman of the National Democratic Congress (NDC) Samuel Ofosu-Ampofo has said the governing New Patriotic Party (NPP) is no match for NDC in winning elections.

He said the NDC will win the 2024 elections hands down.

According to Mr Ofosu-Ampofo, the NDC did not lose the 2020 polls.

He added that their outstanding performance in the 2020 polls could be attributed to the unity in the party.

Speaking with party stakeholders at Oti region during former President John Mahama’s ‘Thank You’ tour, Mr Ofosu-Ampofo noted that “2020 election, NDC, we never lost the election. In 2016, we lost 53 seats in parliament and we lost about one million votes. So political pundits and analysts wrote us off that when we were the government of the day, the opposition beat us by one million and took over power, then in 2020 the NPP will wipe us out but we put ourselves together. The first was that there was unity, and wherever there’s unity, there’s progress.

“So after the election to select our flagbearer, all the flagbearer aspirants came together…so our victory came out of unity of purpose. And we must know that going into the 2024 elections, there’s no other magic apart from we coming together to work as one united party with a common objective.”

According to Mr Ofosu-Ampofo, the NDC has the men to beat the NPP at any given day while assuring the party supporters that the NDC will win the 2024 polls convincingly.

“NPP is beatable every day, every time. NPP is no match for the NDC. When it comes to organisers they are nowhere close to us. We’ve worked with Dan Botwe, Lord Commey and NDC has one of the most experienced executives that have experience and know how to win election and I want to assure you that in 2024 we will win the election hands down,” he stated.

He said the NDC has learnt its lessons and will not tolerate the militarisation of civilian elections in the country in 2024.

“Never in the history of our country will we allow soldiers to bring guns to collation centers after elections killing Ghanaians. It will not happen in 2024 in a civilian election,” Mr Ofosu-Ampofo said.

He stressed that “Jean Mensah’s office is like a military zone and the NDC will fight tooth and nail to make sure that militarisation of our democratic process do not occur as we go to 2024 election.”

Explaining Mr Mahama’s do or die comment, Mr Ofosu-Ampofo said “when Mr Mahama says do or die it can be likened to Hearts of Oak winning a first leg game against WAC of Morocco and going to Morocco for a second leg. Will that match not be a do or die affair for Hearts of Oak? So when President Mahama says do or die, it means let us prepare ourselves, let's cover every polling station…because we’ve said we’re not going to the supreme court again…”