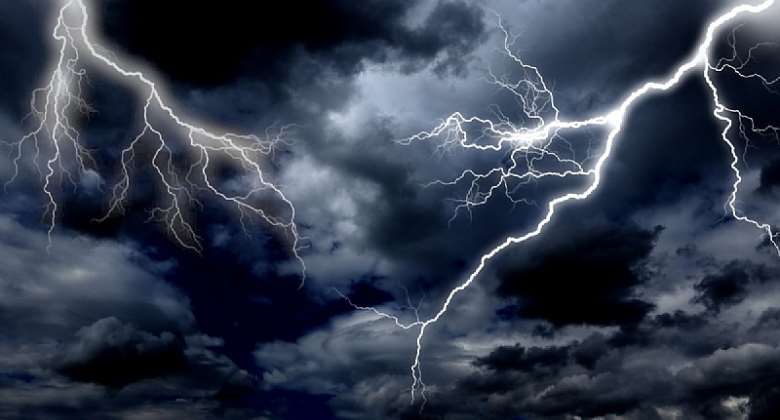 Two people have died after they were struck by lightning at Manoaha, a village near Agotime Kpetoe.

According to information gathered from sources, the two deceased were on the farm with five other people on Monday, October 18, 2021, when storms brought in heavy rains.

Around 15:30 when the thunderstorms became immense, it is reported that all seven farmhands run for shelter to ensure their safety.

Unfortunately, in the process, the two men yet to be identified were struck by lightning and sadly lost their lives instantly.

With a report filed to the Kpetoe District Police in the Volta region, the bodies of the deceased were conveyed from the farm and have been deposited at the morgue awaiting autopsy so it can be preserved and processed for burial.

Meanwhile, the police are conducting investigations into the matter to be sure the two indeed died from the strike of the lightning.