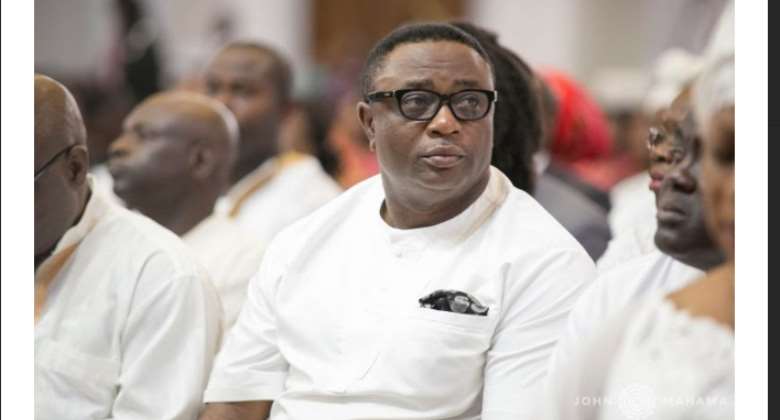 Director of Elections for the opposition National Democratic Congress (NDC), Elvis Afriyie Ankrah, has admonished President Nana Akufo-Addo to redeem his image by probing the death of some Ghanaians during the 2020 general elections.

Some eight (8) persons died in a shooting incident at Techiman South, Ablekuma Central and some constituencies before elections results were declared on December 9, 2020.

The EC Chairperson, Jean Mensa, recently decried the deaths at a seminar of the ECOWAS Parliament in Winneba but hastened that the gory incidents did not happen at polling stations.

However, Afriyie Ankrah, a former minister of state, believes that amounts to the shirking of responsibilities.

In a statement to officially respond to the EC Boss, the NDC stalwart indicated that almost all the cases of violence and murder occurred at the collation centres, therefore, the EC cannot be absolved in that instance.

“Are the collations centres not part of the electoral architecture? Is it not the Electoral Commission which is in charge of the elections?” Afriyie Ankrah quizzed and noted Mrs Mensa had made similar statements during the violence in Ayawaso West Wuogon by-election.

“That indifferent attitude and nonchalant posturing is what emboldened these thugs to go and master their art of murder, thuggery and violence and subsequently resulted in the murder of 8 innocent Ghanaians,” he observed and indicated that the comments of the EC boss may open the gates for more thuggery in the 2024 polls.

He charged the government to take the matter up and investigate the deaths and punish culprits to help preserve the country’s democracy.