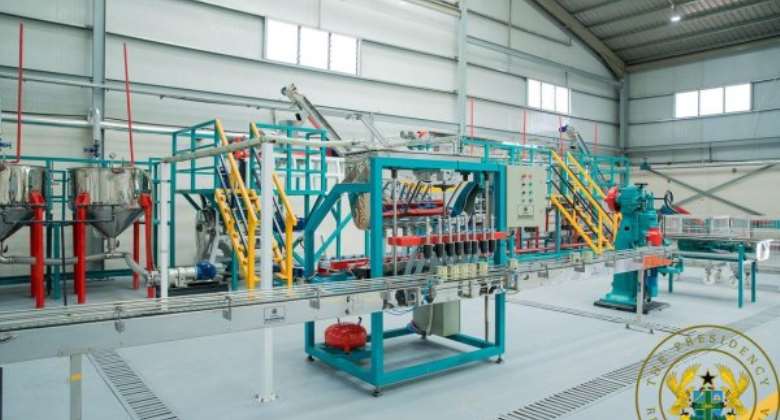 The factory at Asamanso and the expansion work at Mfuom in the Heman-Lower-Denkyira District are about 95 percent and 90 percent complete respectively.

They are expected to be fully completed by Tuesday, November 30, 2021.

It is into Oil Palm Development and Palm Oil Processing and is a beneficiary of Government's industrialization programme, One District One Factory (1D1F) with GH¢12,000,000.00 Medium-Term Loan Facility support from the Ghana Export-Import Bank.

The project will create a minimum of 200 direct and 300 indirect jobs within two years and increase value addition with market opportunities for several oil palm farmers in the Hemang-Lower-Denkyira and its adjoining districts.

Buyers from South Africa, Italy, Netherlands and Nigeria are already in discussions with the company for export of finished products to generate foreign exchange for the country.

Mr Aaron Sagoe, the Chief Executive Officer of the Company, said the factory was a Brown-field project; however, the Bank financed the complete retooling of the existing factory as well as building a brand-new factory for value addition into secondary products.

It also seeks to increase palm oil storage capacity from 30MT to 150MT and procure trucks and tractors to support cultivation and transportation.

This would be done through the rehabilitation of existing oil palm plantation and expansion by 200 acres per annum in addition to the existing nucleus farms at Jukwa-Mfuom with 50 outgrower individuals over five years.

It had also embarked on the building of value addition facilities at its factory sites.