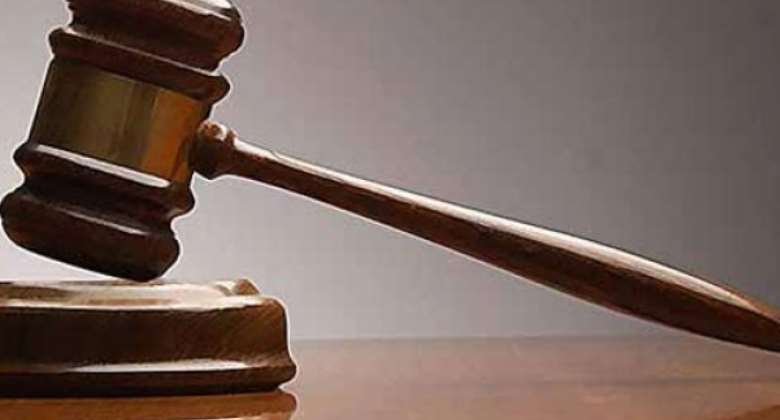 The Accra High Court, trying ten persons for high treason, on Tuesday played some audio/video recordings of the plotting of the alleged crime.

Though the recordings were not very audible enough, voices were heard and faces of some of the accused persons were seen having a discussion at an eatery.

One of the voices was heard welcoming the rest and telling them that he presumed they knew the reason for the meeting and they agreed.

Another voice was heard asking how many personnel would be needed and was told there were even senior military officers behind the scenes.

A voice also warned that since they knew the implications of their discussions, they should be careful in their activities, especially, their communication and suggested they used GOTA phones.

The voice said they needed to rid the country of corruption and indiscipline else the poor would be poorer and the rich, richer whilst resources were being wasted.

“Our minds are orientated for it. We are Ghanaians and know what is going on. Immediately you get involved, you are involved, we are psyching ourselves…we are ready,” another person said.

At another meeting, rattling of papers was heard as they were flipped amid discussions about maps on areas that were going to be blocked, security installations to be captured as well as an occasion to capture the President and his administrators.

She said they were risking their lives and asked for call credit as motivation, but was told as an executive member, she needed to sacrifice.

She, however, insisted on getting something to sort out the “boys” (soldiers she had recruited into the group).

In the video, they (executive members) were all later given GHC50.00 call credit each by the meeting chair/leader.