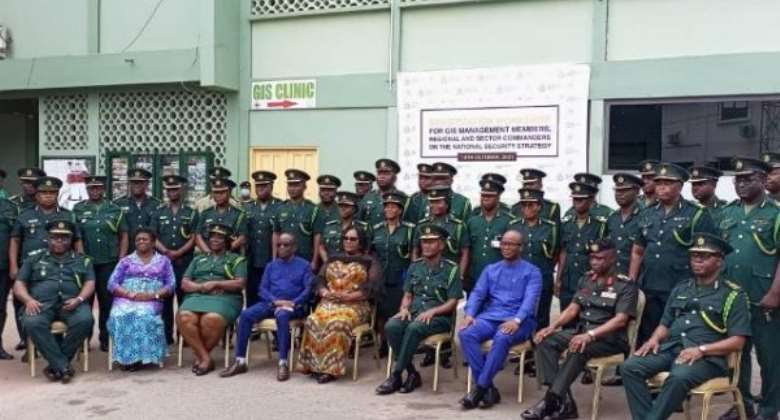 Government is set to invest about $2.5 billion in security and intelligence agencies in the country in the next two years to solve their infrastructural and equipment challenges.

Mr Albert Kan-Dapaah, the Minister for Security, said this at a day's workshop organised for members of the national Immigration Management Committee and Regional Commanders of the Ghana Immigration Service (GIS) on the National Security Strategy in Accra.

“Some have asked, when you don't have money for education when you don't have money for health, why do you want to go and buy guns, why do you want to spend on the security agencies? But clearly, if ever the nation needed its security and intelligence agencies throughout of our history…I believe it is now, given the security challenges that we have,” he said.

Mr Kan-Dapaah reiterated Government's commitment to improve on the operations of the Service by making it effective to protect the borders and announced that this year, government had given clearance for the recruitment of 2000 eligible Ghanaians into the Service.

The Minister said approval had also been given for the construction and renovation of both office and residential apartments across the 16 regional commands, which also included; the establishment of 15 Forward Operating Bases (FOB) in selected commands.

“It is the hope of my Ministry that with the retooling of the GIS it will be in a better position to support in the implementation of the National Security Strategy,” he added.

The Comptroller-General of Immigration, Mr Kwame Asuah Takyi, expressed the Service's appreciation for the continuous support from the Ministries of the Interior and National Security.

The National Security Strategy was launched about five months ago and contains the blueprint in safeguarding the country's overall security.