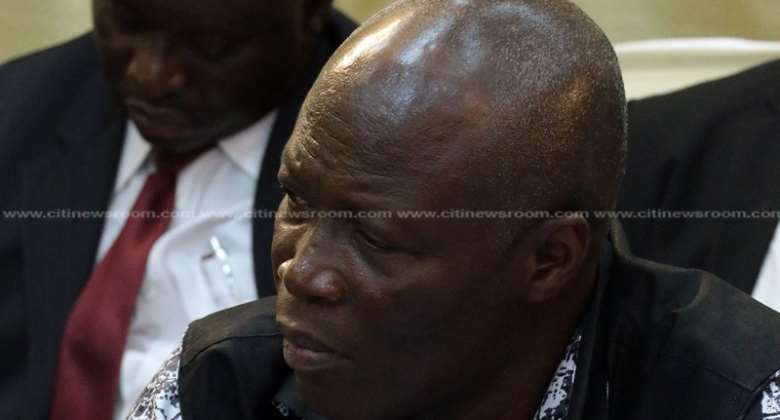 The Minority in Parliament is demanding a re-run of all Metropolitan, Municipal, and District Chief Executive confirmation elections that have been marred by violence and manipulation.

At a press conference on Tuesday, the Minority cited Bibiani-Anwhiaso-Bekwai, Assin South, Sekyere-Kumawu, and Cape Coast as some areas where the government used “crooked means to manipulate the process.”

“We will do all we can to protect and respect the dignity of our local government system from cunning usurpers of the dominant role it is supposed to play in our national development agenda.”

“We shall protect the sanctity of our democracy and condemn in no uncertain terms the actions of people who we see as wolves in sheep’s clothing,” the MP said.

Mr. Vanderpuye also criticized the Akufo-Addo government, saying some of its members were “worse than despots and dictators” hiding under Ghana's democracy.

In some contentious confirmation processes, journalists were prevented from covering proceedings.

In Assin South, some assembly members cursed the new DCE after they allegedly missed the confirmation after being directed to the wrong venue.

In Cape Coast, the nominee, Ernest Arthur, was confirmed on his final try after confusion and a contentious counting process.

The Minority feels that some of these incidents are evidence that the government is subverting democratic processes.

“We are asking the president to respect the will of the people and stop imposing all those nominees who have been twice rejected by assembly members as in Cape Coast, Lawra and others.”

The Minority also urged the Inspector General of Police “to cause an investigation of all those reported cases of the abuse of the processes, assault, intimidation, threats and physical manhandling of assembly members and MPs.”