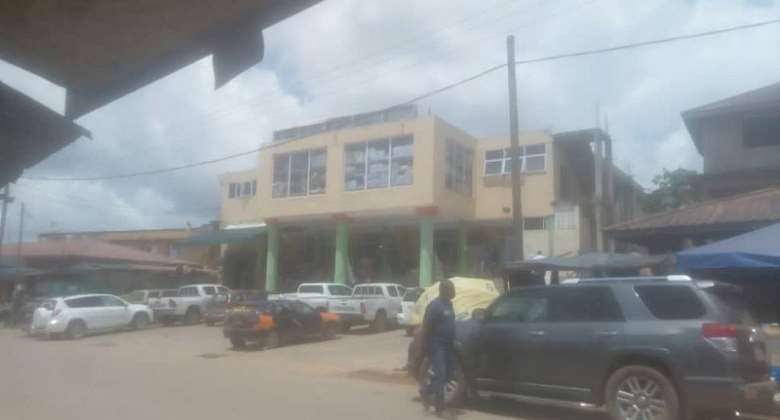 Two persons have been picked up in connection with the robbery of a bullion van at the Ransbet Supermarket in Tarkwa on Monday morning.

The suspects, identified as Charles Enning and Dorcas Akosua Amankwah, are assisting in the investigation.

According to police, preliminary investigations indicate that Charles Enning, a driver, and Dorcas Akosua Amankwah, a teller, “went to Ransbet Supermarket for proceeds made over the weekend to be deposited at the bank but failed to pick the Police Officer detailed to provide security for them.

“In the process of putting the money into the bullion van, the suspects were attacked by a masked armed man who fired at the front tyre and windscreen of the vehicle and bolted with the money on a waiting motorbike,” the police added in a statement.

According to earlier reports by Nana Esi Brew Monney of Space FM in Tarkwa, the robbers made away with GHS 107,000 after the attack, which took place around 9:00 am.

There were no casualties as the robbers faced no resistance during the attack. Nana Esi reports that some staff members of the Supermarket sought refuge in deep freezers at the shop.

Police have also urged the public to provide information that could lead to the arrest of the robbers.