The Reality Of Party Factions And Power Blocs! 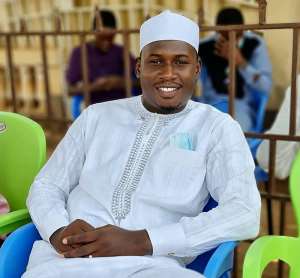 The first time I heard this argument in a serious discussion was when a party officer was preaching party loyalty to an audience of Tein members at the Bagabaga College of education in Tamale. The party officer was actually very passionate on his views that faction alignments and hero worshipping are anti party and should be vehemently discouraged. The response of the audience and other speakers left me wondering of how gullible some youth of political parties can be.

In the world’s seeming greatest democracy, the USA, party factions are fundermental to the political process in the two domineering parties. The Democrats and the Republicans have both counted their successes on the strength of their intra party factions.

Here in Ghana, the big six, Dr. Kwame Nkrurmah, Dankwa - Busia and Jerry John Rawlings' case of political party formation is a relevant case study. These were individuals and group of individuals whose persona and charisma influenced the membership of their various political groupings. That's basically how the membership of a political party grow; members who are inspired to join also inspire others to join and the cycle continues.

Take the two major political parties in Ghana today for study. From every stage of their structures there are ad-hoc groups that are nurtured into power blocs, invariably built around particular individuals. The activities of these factions become obvious during competition for executive leadership within the party. So that you see aspirants holding allegiance to specific factions or blocs within the party and publicly proclaiming so.

Party factions and power blocs within a political party is an existential requirement for any political party. It's an essential ingredient for the growth of a political party. The only reason why it has always come up for discussion is double speaking and ignorance. Otherwise the person who stands to speak to you about serving a party and not a faction in the party is himself standing on a faction to make those pronouncements.

In some time past, the NDC was sharply divided into Fonkar and Game. Where the supposed anti Rawlings group insisted on getting Atta Mills endorsed and the supposed pro Rawlings group rooted strongly for the wife of Jerry Rawlings. These factions prepared the stage on which some individuals in the party got into the public limelight.

The NPP is currently divided along the pro Bawumia and pro Alan factions. An obvious inheritance from the Dankwa and Busia Factions with the living influencers being Akuffo Addo and JA Kuffour. Imagine under this polarized circumstance, a party person comes to say he does not belong to any of these factions because he is serving the party and not individuals.

Dear colleague footsoldier, I don't know your objectives for supporting your political party. What I know is that if you aspire to be any leader or party business man; then do not follow a political party without being recognized by a faction or power bloc. Forget the incoherent noise and find answers to these questions;

How do party members get to be appointed into government? Who recommends to the appointing authority? And What informs such recommendations?

How do party people get to be awarded contracts? What informs the decision to award a particular contract to a particular individual or group?

The fact remains, it's individuals who appoints, recommend for appointments and award contracts. Not the party! These individuals will take these decisions base on relationships and proximity.

So be guided and don't allow the pretentious admonishments of those who eats and drinks party factions to turn you into a working-donkey for them to continue chopping.

The only point one should obviously shun these party factions and power blocs is when an internal decision is made and the faction or bloc decides not to walk in the direction of the party choice. Here, the group seizes to be party faction because it has deviated from the party's principles. Then, they become anti party factions which you didn't bargain for.

A wise man once said that if you want to know the road ahead, ask those returning.