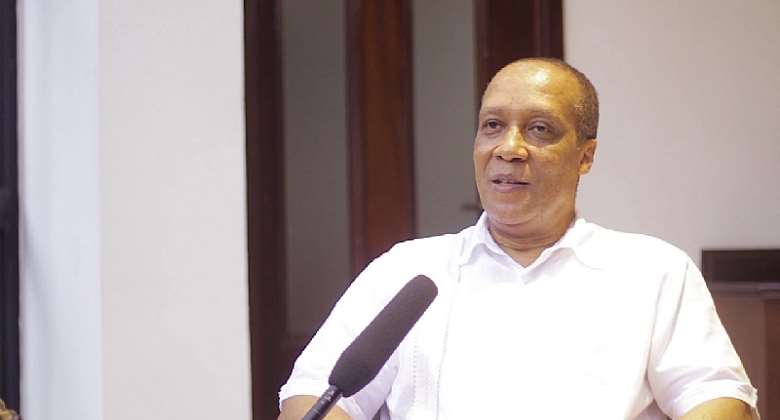 Mr Alfred Kwame Asiedu Walker, the independent presidential candidate in the last general elections, has described as useless, the positions of the Metropolitan, Municipal and District Chief Executives (MMDCE) in the governance structure of the country.

Mr Walker was of the view that the Assembly Members are even more relevant than the MMDCEs.

Some of the nominations were met with violent opposition from the local people, resulting in the destruction of properties of the New Patriotic Party.

Some of the Assemblies are still experiencing chaos as the nominated MMDCEs are being confirmed.

While some commentators have contended that allowing the people to vote to elect their MMDCEs would be the solution to the situation that occurs almost every four years, Mr Walker, however, has called for total abolishment of the MMDCE position.

"The MMDCEs positions must be abolished. I see no relevance of that office. It's actually creating another layer of cost and wastage," he stated.

He echoed his call for a reform of the 1992 constitution to ensure that the country runs on a lean government.

"What is the need of MMDCEs when we have Assembly Members and chiefs who are already in charge of their townships," he questioned.

According to Mr Kwame Asiedu Walker, regional development planning boards with paramount chiefs as permanent members would be the best solution.

"I believe that the chiefs collaborating with their Assemblymen can deliver better services to the people," he stressed.

Mr Alfred Kwame Asiedu Walker was commenting on recent happenings in the country in an interview with ModernGhana News.