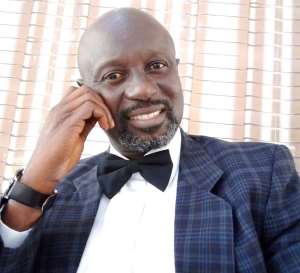 The National Vice President of the Ghana Association of Barbering & Barbering Saloon Owners (GABBSO) Mr. Francis Kobia has disclosed that in order to ensure that members of the Association become more professional in their work in line with international standards, the National Executive members have collaborated with some leading international barbering and saloon Associations to realize the agenda.

The two foreign barbering Associations located in the United States of America and the United Kingdom, Mr Kobia said they have already been in the country where opportunities were given to them to fraternize and organized a short workshop for some members.

Speaking to the correspondent in an interview, Mr. Francis Kobia who also doubles as the Managing Director of Godfather Barbering Service in Kumasi said his outfit is well placed to raise the working standards of its members to compete favourably with their foreign counterparts.

He indicated that through effective management, the Association has been able to register a number of barbers across the country stressing that members are regularly educated through seminars and workshops to become abreast with their professions.

He expressed his gratitude to the two foreign barbering Associations after signing a memorandum of understanding, for agreeing to exchange programs.

Mr Kobia noted that the Association has also arranged with the National Vocational Training Institute (N.V.T.I) where members would be introduced to short courses that would upgrade their skills as well as certificate acquisition.

As a member of the Industrial & Commercial Union of the Trade Union Congress (TUC) Kobia added that the Union has been their backbone which uses to organize periodical programs on management and book keeping practices.

Answering questions on the challenges that confront members, he mentioned equipment insisting that an agreement has been entered into with a US-based Ghanaian company.

Calling on the non-registered members to register with the Association to enable them benefit from the Association's incentive packages, Mr. Kobia passionately appealed to the government to reintroduce the solar power system to support barbers in times of power outages.