When, how and why can a curse be invoked on someone? 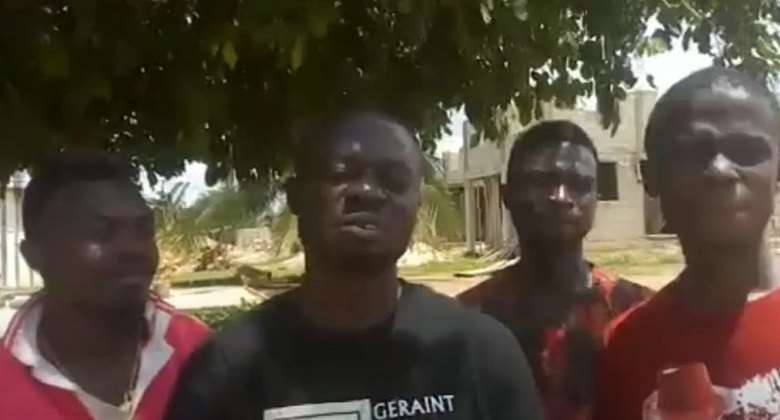 By the Ghanaian Akan culture, one has the absolute right to invoke a curse on anyone they suspect to have committed a crime but unwilling to accept the fact they have committed that crime.

Let me try to answer the questions of when, how and why a curse is likely to be invoked.

At a time that the need has arisen for the truth to be established as to who has committed a particular offence or crime, when the identity of the suspect is unknown and no one is coming forward to accept responsibility, a curse can be invoked. River gods, fetishes, or thunder gods or any spirit deemed capable of punishing that secret wrongdoer, can be invoked to strike that unknown person if he who is invoking such spirits does believe in them.

When someone has wrongly accused you of a wrong you know nothing of, or have not committed, but people doubt your innocence no matter how far you try to exonerate yourself from blame, you can invoke the curse upon yourself and your accuser for the truth to be eventually established.

On the question of how..? You pour schnapps, an alcoholic drink, onto the god which may be assumed to reside in the idol images of the gods that you believe in. You break eggs on them and slaughter sheep or any animal they accept, to invoke them. While doing that, you will announce to the god the problem that has necessitated their invocation. You will challenge the god to let the truth be known within a time limit that you, the invoker, will set. You will tell the god what it has to do to the person to prove that he or she had done the crime.

How the gods are invoked, be they the river gods, mountain gods, fetishes, etc., the method is almost the same. Some people may simply invoke the gods by pouring schnapps and smashing eggs on the floor. As long as you call upon the name of the god or river or fetish and you tell them the reason why you need their assistance, and perform the relevant rituals among which are those just said, you are done.

On why the need for invoking a curse? A curse is invoked for the truth to be established. If someone secretly accepts say a bribe, and you confront the person asking whether he has accepted the bribe and he/she says no, but you believing he/she has, the only way for the truth to be known in the spiritual realm is to invoke a curse upon the person.

This is applied to false accusations, theft, and all sorts criminal activities and abuses for which the truth must be known or a stop be put to it.

In the olden days, our forefathers did the invocation of curses a lot. It worked for them so there were no, or not many, crimes committed in those days than today where Ghanaians have embraced Christianity and Islam to look down upon our tradition that worked perfectly well to curtail or prevent crimes from being committed.

If the invocation of curses is to help us establish the truth and to prevent crimes, why are the modern day Ghanaian traditional chiefs seeking to abolish it by punishing he who invokes a curse on the other? Is it because they have themselves become criminals and would not like to suffer humiliation where the gods will punish them when they do wrong and a curse is invoked on them?

If invoking a curse helps to reduce or prevent a crime from being committed in the first place, why do you seek to prevent it from happening?

If the invocation of a curse can work for the truth to be made unknown as well as to prevent crimes from taking place, I am for it.

A video was circulated on WhatsApp a few days ago about some four men in the Kumawu Sekyere District gone to a river Abena to invoke her spirit and those of others. She was requested to let those Kumawu Sekyere District assembly members and NPP members colluding to get Samuel Addai Agyekum, the president’s nominee DCE, confirmed, by resorting to illegal means, be involved in a lorry accident.

After 2 minutes 50 seconds into the underlying video, you will find the four men invoking the river goddesses and gods.

On the night of Saturday, 16 October 2021 or Sunday, 17 October 2021, the Co-ordinating Director of the Kumawu Sekyere District, got himself involved in a car accident. He is alleged to be one of those that condoned and connived with Bernard Antwi Boasiako aka Chair Wontumi, the Ashanti Regional NPP Chairman and Simon Osei Mensah, the Ashanti Regional Minister, to dubiously impose Samuel Addai Agyekum on the district as their approved District Chief Executive (DCE).

Why are the self-styled Kumawuhene and his elders seeking to get those people who went to the river to invoke her spirit to his palace to ask them to reverse the curse or be punished? Are they not obtaining a result to prevent further committal of crimes by our elected officers whom we expect to be honest and walk in truth for the collective benefit of Ghanaians?

Now, one suspect has got himself involved in a car accident. The river spirit has done her job. Nonetheless, it has not solved the problem at stake, although the truth has been made known.

If invoking curses upon suspects can bring about speedy discovery of actual perpetrators of crimes to get them to stop, I am 100% supportive of the action!

Other guys have gone to the same river to perform a more serious one. I will publish it latest by Friday.

Immediately withdraw your directive to Goil; it's dangerous ...
5 minutes ago