NDC's re-organisation: We'll shut down the national headquarters, go from branch to branch to organise elections ourselves —Mahama 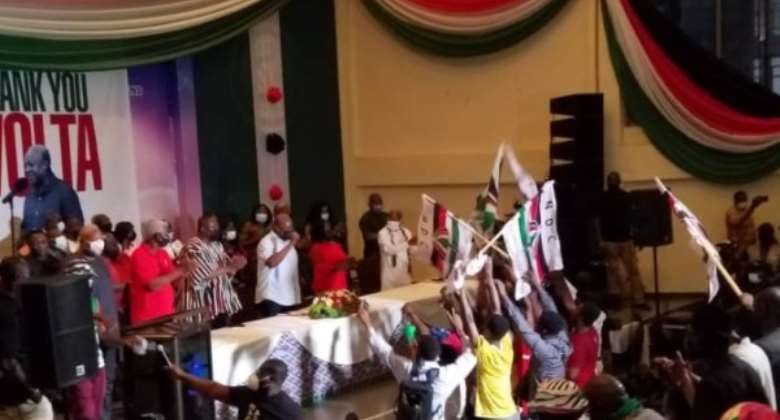 Former President John Dramani Mahama has said the upcoming re-organisation of the National Democratic Congress (NDC) will not be done anyhow again.

He said in a bid to re-group for victory in the 2024 polls, the Party sought valid crop of local executives and would therefore ensure that the selection process was credible.

Mr. Mahama was addressing Party faithful in Ho, while on a day's visit to the Volta Region as part of his nationwide post-election 2020 'thank you tour'.

He said the Party's re-organization process would begin in 2022, and that national executives would personally supervise the processes throughout the country.

"We are not going to do that thing, where we tell all of you to, between this time and this time, organize branch elections; No. We will go with you from branch to branch and make sure that at every branch, you have the nine member executives,” the former president who was the flagbearer of the Party for the 2020 elections said.

Mr. Mahama re-assured that the NDC was working to prevent challenges that caused its defeat in the previous elections, and reminded members to support a united front in protecting votes and securing victory.

He urged the Party to “work hard”, saying its manifesto held the solution to the nation's challenges and must win back power to pursue it.

The former President said the Volta Region continued to be the refuge of the NDC, and said the coming administration would be sure to make up for lingering woes of neglect and abandonment.

Mr. Mahama met chiefs and religious leaders in the region, seeking support for electoral reforms, which he said were necessary following what he claimed was an unsettled election.