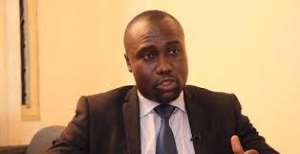 A member of the New Patriotic Party legal team, Lawyer Gary Nimako Marfo has expressed doubt about the December 1 deadline of the 'No Ghana Card No Salary' directive to public sector workers.

He said the deadline is not feasible and could create jobs for lawyers in the country, as aggrieved workers who can prove they have worked for the stipulated time may go to court.

He warned of a possible chaos should the Controller and Accountant General Department stick to the December 1 deadline.

“If someone who has worked and you say you won’t pay him you will only create chaos,” he stated.

Lawyer Nimako added, “that’s the honest truth, we’ll create work for lawyers because if it is true that I have worked, if it is true that I must be given some remuneration or whatever and then you say you are not going to pay me because I don’t have NHIA card, there is a likelihood that those people might file civil suits against their employers, and by extension the government.”

Even before Mr. Nimako shared his opinion, many workers had shared same views and threatened to sue the CAGD and their immediate employers should the directive be enforced.

Speaking to TV3’s Dzifa Bampoe, the renowned lawyer advised the National Identification Authority to rather encourage people to register.

“What I will want to say, in all honesty and sincerity is that, National Identification Authority must try to ensure that they register as much people as possible before they roll out this directive. They should encourage as many people as possible to register,” the legal expert said.

Mr. Nimako who is also Chairman of the Gaming Commission of Ghana noted that even though the intension behind the Ghana Card is good, communication around it hasn’t been the best.