EDITORIAL: Should We Tighten Belts Again? 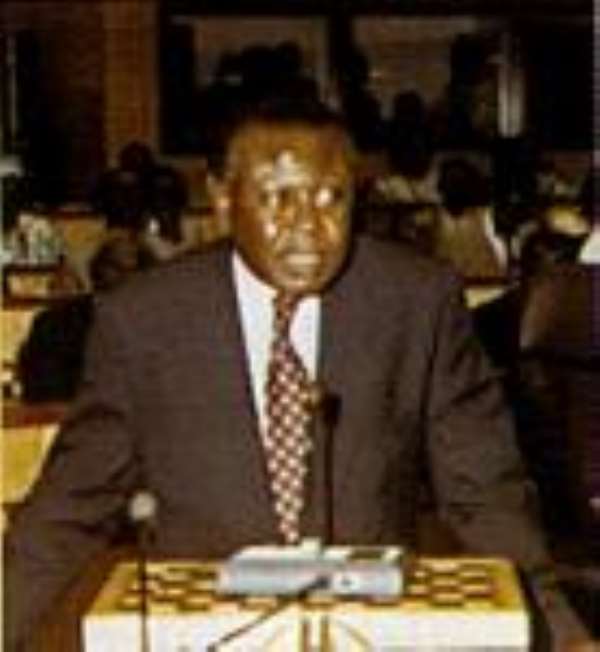 [Daily Guide] -- Senior Minister, Mr. J.H. Mensah, was reported to have said at Kpando last week that the government will not relent in its efforts to take tough measures that in the long run would take the nation out of its precarious situation. The Minister was addressing a durbar to commemorate the Golden Jubilee celebration and Speech and Prize-Giving Day of Bishop Herman College (BIHECO). The theme for the celebration was “Capturing the Nation’s Vision – Investing in Quality Education”. It is gratifying that the government has resolved to take the country from its current state of affairs, but from the time that Ghana attained independence, successive governments gave Ghanaians similar promises such “tighten your belts for better tomorrow” and some other captivating campaigns. However, when the people tightened their belts and sacrificed for the promised ‘better tomorrow’, many government officials loosen their belts and fed fat on the toils and sweats of the people. At the time that governments after governments left office either by force or willingly, some of them were found to have amassed wealth illegally, put up mansions for themselves and even sent their children and wards to overseas countries to attend school at the expense of the Ghanaian taxpayer. All these things were done at a time when the national economy was in shambles, and there were no classroom blocks for pupils of school going age, or no good drinking water for the people and health facilities in the rural areas are non-existent. If therefore the government says it would adopt measures, however painful they may be, so that Ghanaians could enjoy the future, it may be received with mixed feelings, because this is not the first time that they are hearing it. But it is becoming increasingly clear that no amount of foreign aid can revive our economy and make life worth living for us. The national economy can only be resuscitated through the sweat and toil of the Ghanaians themselves, so that we could be saved from our present predicament. Presently, the people are passing through a myriad of problems, the country itself has opted for the HIPC initiative prices of almost every facility and services have gone up, school fees are on the ascendancy, utility services – water and electricity are sky-rocketing, but if they could pass through these difficult moments so that they could enjoy the fruits of their labour tomorrow, then it is worth it. On the other hand, if it is only the ordinary people who would suffer, while top government officials would continue to line up their pockets with ill-gotten money and use such monies to cater for the welfare of their children and other family members only to return later to lord it over the ordinary people, then the sacrifice is not worth it. The time has now come for Ghanaians to know that this country is for us and that there is no other country we can call ours. What other countries, an individual or group of Ghanaians may sojourn and they enjoy their stay in that country is still not their bona fide home. They are still second-rate people in those countries. All that can be done to improve conditions in the country should therefore be encouraged. It would therefore not be justified for a section of the people to sacrifice for the good of the nation and when it comes to sharing the enjoyment, all Ghanaians would enjoy it. We congratulate the government that it is thinking of the future of the nation. The paper hopes all Ghanaians will support it to achieve its goal. After all, it is said that before the maize grows to bear fruits, the seed maize must die first.

I'm not bothered about a likely coup, I worry of possible up...
29 minutes ago