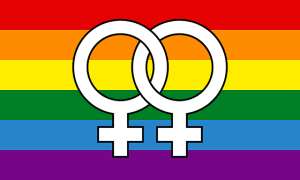 The laziness and incompetence of African leaders have done Africa more harm than good.

The situation in Ghana now about same-sex marriage or the legalization of homosexuality is exactly what happens to countries that leaders are weak and always looking for help from foreign powers.

If the Ghana government doesn’t depend on foreign aid, foreign powers wouldn’t have to put pressure on them to legalize same-sex marriage

.
Foreign powers can call Ghana a third-world country but we respect ourselves because our nation is built on the foundation of rich culture, heritage, and traditional values.

It is not a secret that for the past decade, the US government and Western Europe have adopted a political strategy whereby they are given large sums of money to rich resources countries to legalize homosexuality.

That is only a diabolical political agenda to get closer to our resources because they don't want the continent to progress since they want our resources for themselves.

The majority of Ghanaians, not interested in this kind of disgusting love-making. A Ghanaian can be a gay or lesbian, that’s not our business but the legalization of such an abominable act can't be accepted in our country.

African leaders don’t tell foreign powers what to do but from slavery, colonialism, and Apartheid, you have been telling our leaders what to do. Why don't you give them their liberty to think for themselves?

Why do Europe and the US government always find a way to dominate Africa? Then later, they turn back to call us a “Shithole Nation?” Enough is enough; take your homosexuality back to Europe and the United States of America.

Europe and America claim Africans have low IQ, yet after loading such provocative and degrading videos on Youtube, they want us to accept homosexuality. Hell No!

I will humbly appeal to the Speaker of Parliament, Hon. Alan Bagbin, to stand firm on his ground and reject the legalization of homosexuality in Ghana.

Any politician, who has been bribed to promote homosexuality in the country, should shamefully return the money to wherever he had it.

Finally, this matter has been taken so seriously in Ghana that any political party that will encourage the legalization of homosexuality in Ghana, will be in opposition for 1000 years

.
If you are a man, try it, the youth and 'fix the country movement' will show you the right direction to go.

This by force imposition of same-sex marriage in Ghana, should be a warning to corrupt Ghanaian leaders to avoid putting proceeds from our resources into their pockets. Ghana's resources are for the development of the country.