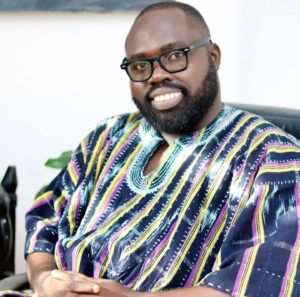 I have watched with outrage a video of Mr. Lord Commey, the Director of Operations at the Presidency and a leading member of the NPP circulating on social media. I have chosen to write to you and not address Mr. Commey directly on his comments, because of his close proximity to you and the role he plays for you at the Presidency, hence the probability that he was speaking your mind.

He intimated in his statement among other things, that you Mr. Akufo Addo have said you will only hand over power to an NPP Presidential Candidate and that you are not handing over power to an NDC government. First of all, I want to believe Mr. Lord Commey was not speaking your mind even though he was representing you at the said NPP Conference, if that is not the case, then it will be imperative to as a matter of urgency and in the interest of the integrity of the Presidency, that you deny in no uncertain terms the comments of Mr. Lord Commey.

Having said that, it is evident that the tantrums of Lord Commey is symptomatic of the fear of defeat borne out of the blatant failure of your government and the maladministration of same, which has brought in its wake unbearable economic misery and has further threatened the security and stability of our democracy, as has been the case in the sub-region. His comment is yet again, another typical example of political intentions that precipitated recent coup d’tats in some neighboring countries.

Mr. President, with the events of Ayawaso West Wuogon by elections, the 2020 election violence and its attendant fatalities still fresh on our minds, you will be deceiving yourself to think that we shall take such comments lightly.

Therefore, let it be known to you Mr. Akufo Addo and your assigns including Mr. Lord Commey that absolutely no amount of violence, cowardice induced tough talk, systemic manipulation or political aggression will save the NPP and any remnants of your bunch of clueless incompetent appointees from defeat in 2024.

And never again will the use of electoral violence, dictatorial aggression, election manipulation and political bloodshed by your government will go unresisted, unresponded and unanswered. We dare you to try, Mr. Akufo Addo. We dare you!

Indeed, if you are not aware, let me share with you the stark reality of your Presidency today. The reality is that you have lost grip of the government, you have lost touch with the oath you took and the people you took the oath on their behalf. Mr. President, your government has outlived its usefulness and do not even deserve a day in government.

Be informed that the NDC is energized more than ever to deliver power in 2024, no matter what it takes or cost, even at the peril of our lives. Victory 2024 shall be non-negotiable Do or Die affair for us as a party. We are ready to confront and neutralize any form of aggression, and whiles at it, be reminded that we have been better at it, at least history provides enough evidence. We can't fail the suffering masses of our country and our generation of young people.

Finally, Mr. President, let me assure you once again for emphasis, with certainty and without any shred of equivocation, that power shall change in 2024 and when it does you shall handover to an NDC government without delay or hindrance and with your eyes widely open. That much, I can assure you and your assigns Mr. President. Thank you.

Hottest Photo Reports
Catch up with all the political quotes from our politicians.
Advertise here
More Letter
ModernGhana Links
I Will Give My Sister To You For Contributing Towards The Rejection Of The 2022 Empty Budget -Asiedu Nketia Told
Open Letter To Parliament: The Peace Fund was launched only to be neglected in the 2022 budget
Open Letter To The Minority Leader Of Parliament On Some Thorny Issues In The 2022 Budget Of The Government Of The Day
Open Letter To The Ghanaian Youth As NDC Youth Wing Rejects Budget
An Open Letter To The Honourable Members Of Parliament For Wassa Amenfi
Open Letter to the MCE for Tema Metropolitan Assembly, Hon. Yohane Amarh Ashitey
Open Letter: The Need To Include Payment Of Locked Up Investments Of Menzgold Customers In The 2022 Budget
Open Letter: NHIS Must Cover All Mental Health Drugs At The Lower Health Facilities
Open Letter to Tamale Mayor: Think like your predecessor but act differently
TOP STORIES